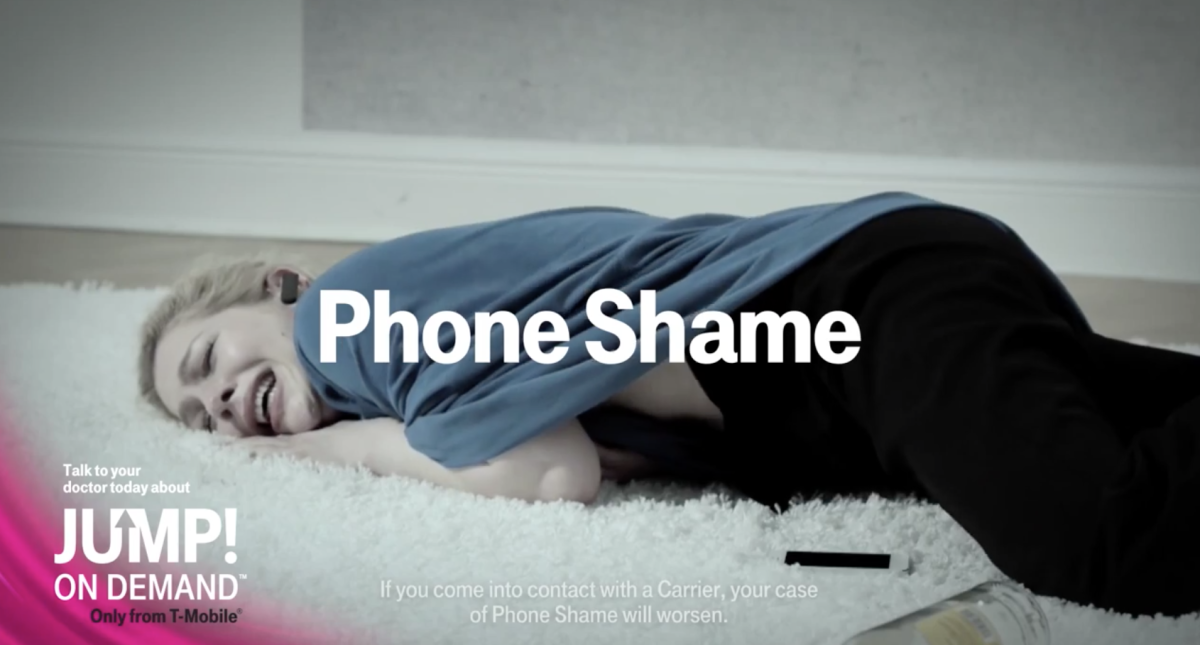 T-Mobile does some crazy stuff, and that’s probably why people like them so much. From its trash talking CEO down to the aggressive ‘Uncarrier’ moves, it’s never a dull moment. That’s probably why the video you’ll see below could only come from T-Mobile.

If you follow CEO John Legere on Twitter, you may remember he went on quite the rampage not long ago, offering free phones to those who needed an upgrade. It was #PhoneShame, and classic Legere (and by virtue, T-Mobile).

First, #UncarrierAmped upped the ante on JUMP! with #JUMPonDemand – and I nearly broke my thumbs responding to and fixing #phoneshame!

The #PhoneShame video is a tongue-in-cheek take on those terrible commercials for medication, as well as old phones. Leveraging its new ‘Jump! On Demand’ program, T-Mobile hopes that existing and new customers will keep upgrading.

While the video is silly, T-Mobile backs it all up with some serious offers. Just last month, T-Mobile announced you could get the next iPhone if you sign up before Labor Day. For the iFans out there, that’s a pretty rad deal.

T-Mobile’s video may be as weird as it is clever, but no other carrier seems to have as much fun. We can applaud that; the video, however, gets a few groans.

Read next: If you buy an iPhone 6 from T-Mobile now, it’ll upgrade you to the next one for free

Read next: Humanscale's OfficeIQ healthy workplace device is rolling out to the enterprise