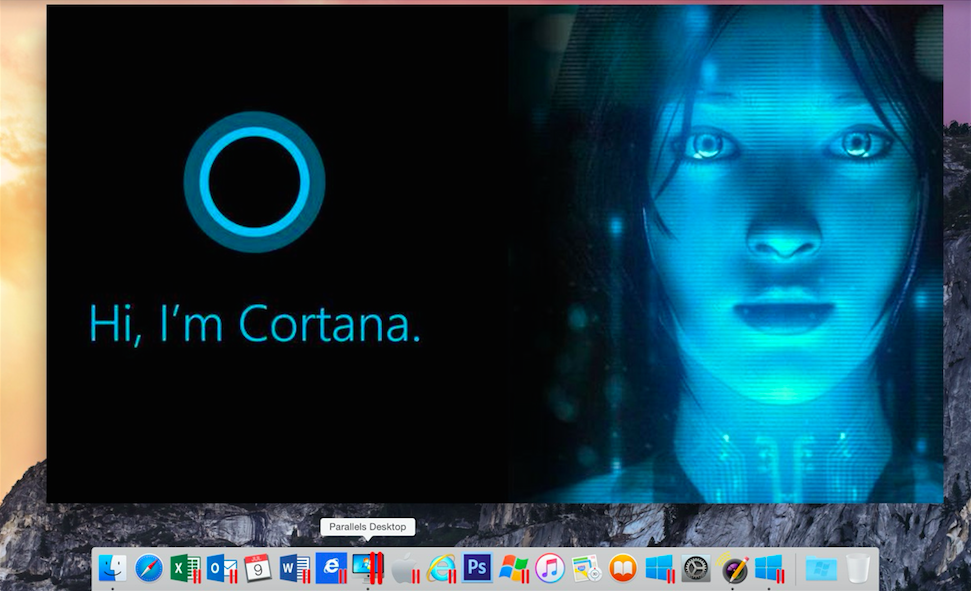 While Parallels has been allowing people to run Windows apps on their Macs for years, this is the first time it has introduced a Windows feature on its own.

If you’re using a Mac Pro machine, there’s a special edition available specifically for the Pro hardware for $99.99 per year or $49.99 if you are upgrading from an older version.

With Parallels 11, you get full Windows 10 support, improved speed on launch and shut down and some new features like Travel Mode, which the company has said will save up to 25 percent of your battery life and most attractively, Cortana.

Cortana appears to work seamlessly on Mac from Parallel’s demonstration. You can summon the virtual assistant by saying “Hey Cortana” and if you’re not using it, Cortana hides away out of sight.

If Cortana runs as smoothly and seamlessly as Parallels has integrated Windows and Mac OS before, then it should be a real winner and a nudge for Apple to get Siri on the desktops.

Read next: 7 reasons you should make Microsoft Edge your default browser, and 1 reason you probably won’t

Read next: BBC's iPlayer service is getting more Netflix-style features, including cross-device resume