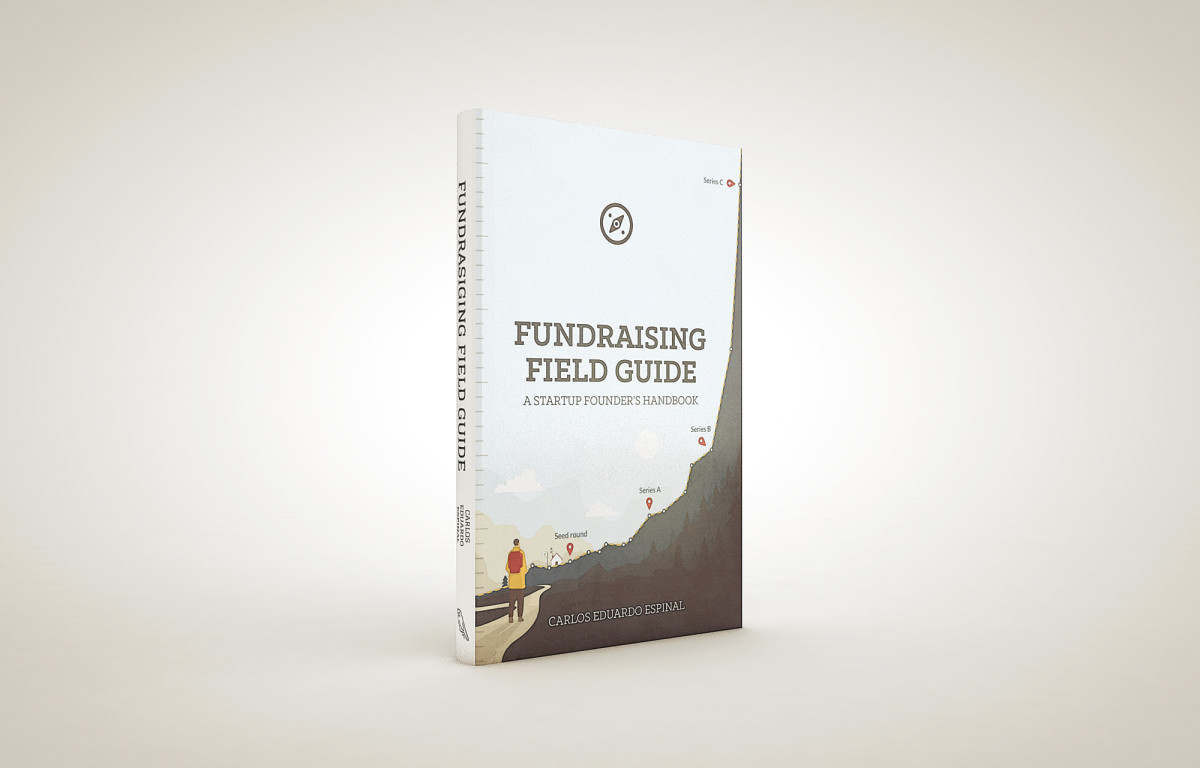 Seedcamp is one of the better-known acceleration funds in Europe. Based out of London, it has backed over 180 companies since it was founded in 2007.

This week, one of its partners, Carlos Espinal, published a book that tackles the issues he has watched startups face at each stage of their growth, aiming to give companies a helping hand in the form of a self-help guide to fundraising.

The book, titled Fundraising Field Guide, took a year to write and culminated from a series of blog posts Espinal wrote to help founders. Espinal says that he decided to really embark on the project after a conversation with Rob Fitzpatrick, author of The Mom Test.

He self-published the book using Reedsy, a platform for authors to link up with editors, designers and marketers to help with their book and also one of Seedcamps investments.

The key narrative throughout is how to face the challenges involved in the fundraising journey taken by almost every startup. From reaching out to investors, dealing with rejection and learning from it to preparing financials, understanding valuations and negotiating a deal, it acts as a handbook for anyone embarking on this journey.

The book is being sold on an optional donations basis, meaning you can get it for free and donate to the social entrepreneurship causes – Resurgo’s Spear, WeSeeHope and Tearfund – if you wish, but if you’re a curious entrepreneur strapped for cash, it’s still available to you without any monetary payment.

Born in Honduras, Espinal traveled and lived in a lot of different cities, including New York, before settling in London. As anyone who has relocated to another country knows, immigration reform isn’t always fully embraced by governments around the globe and finding full-time employment can often be a challenge, especially if you’re not a citizen.

For that reason, Espinal, who recently became a British Citizen, says he feels the need to help build the ecosystem in the UK and Europe that has essentially adopted him. He said:

I encourage countries globally to think about the value that startups and founders can add to their communities and to continue to innovate on immigration policies to make it easier for founders to hire people from abroad as well as to become citizens if they so wish.

I questioned Espinal on why he chose London over Silicon Valley and what he saw as the pros over being in the US. He said that while both places offer unique characteristics when it comes to things like accessing early-stage or late-stage capital and legislation on hiring, immigration and taxation, they are increasingly converging to develop mutual best practises.

Fixating on any given pro or con is perhaps too time-bound a view, as so much change is happening at the moment to overcome some of the challenges that have classically differentiated the various ecosystems, such as initiatives led by the UKTI to bring more investors from abroad to invest in UK companies and similar initiatives going on across Europe.

When Espinal started working in venture in the early 2000’s, he says the landscape was very different, there was a  small select group of investors and angel investment wasn’t commonplace.

…the investor landscape was far more fragmented, there was a lack of experienced service providers, and as a whole it made things a lot more complicated for founders to raise capital and receive the appropriate level of support.

Since then, things have changed drastically and the level of growth and investment coming out of Europe is certainly an exciting thing to watch for all parties involved.

When it comes to identifying the key players in his industry, Espinal is coy and diplomatic identifying that when you divide the area into soon-to-be founders, early-stage founders, growth-stage founders, service providers like lawyers, the media and consultants, it’s impossible to name the main players without leaving someone out.

What’s important to note is that over the last five years there has been a huge explosion of each of these constituents, their maturity, experience, and interconnectedness.

Fair enough, so what’s the one piece of advice Espinal says every startup needs before approaching a VC?

Always treat discussions as early indicators of what will become a long term relationship. It can be tempting to over-optimize around other attributes an investor may have, but having a poor working relationship with an investor early on can create many problems down the road.

I wonder what makes a picture-perfect startup, and Espinal tells me that it’s “one where the founding team is able to attract and to hire the best talent to help scale the company as well as raise the necessary capital to do so.”

So I guess it really is all about the money.

Read next: Check out these 7 awesome companies from 500 Startups’ latest class

Read next: WATCH: McDonald's imagines us all with horrifying emoji heads