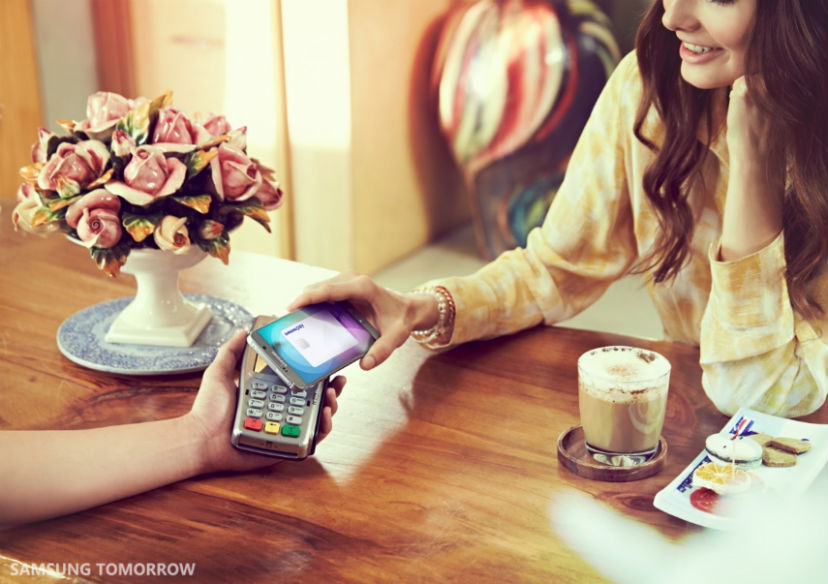 Samsung Pay, the company’s answer to Apple Pay and… Android Pay, Google is coming to the US on September 28 and Korea on August 20. Spain and China are the next markets to follow.

To pay using Samsung pay, it’s pretty much the same as Apple Pay: swipe up, scan your fingerprint and pay on the terminal. The company says it uses tokenization to protect credit card numbers, a technique that means your card number is never shared with the retailer.

The difference with Samsung Pay is it has a special technology along with NFC called Magnetic Secure Transmission, which means it works with most existing point-of-sale terminals, so retailers don’t need to do anything to get onboard.

Samsung says it “anticipates” working with payment networks including American Express, Discover, MasterCard and Visa, major banks including Bank of America, Chase, U.S. Bank and key financial partners including First Data, Synchrony Financial and TSYS. It’s not clear what the company means by “anticipates” — perhaps the deals aren’t signed yet.

If you’re dying to get using Samsung’s payment service on your phone, you’ll need a Galaxy S6, S6 Edge, S6 Edge+ and Note 5 to use it. A beta will run before the launch, but only select users will get access.

Read next: Samsung launches the Galaxy Note 5, in stores August 21