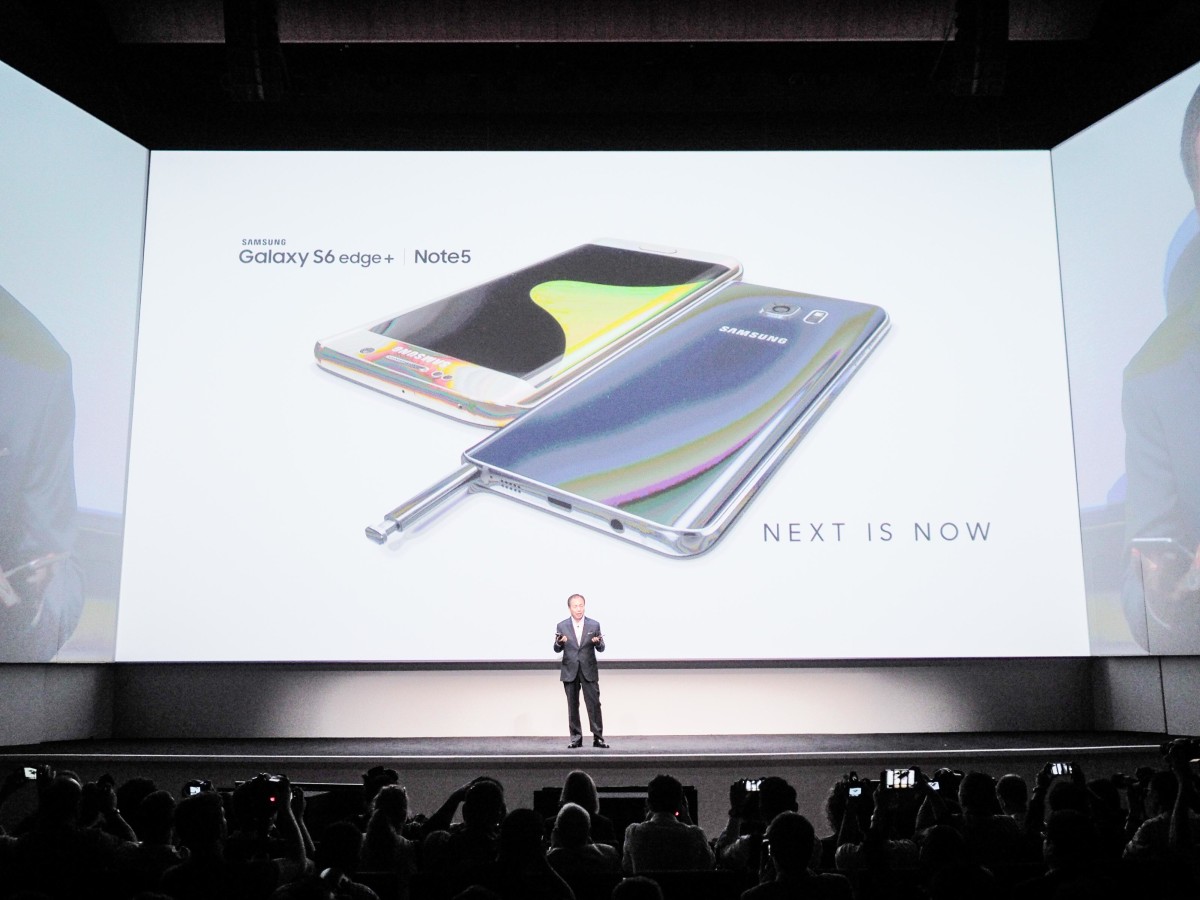 Samsung has lifted the lid on its new Galaxy Note 5 phablet device today at simultaneous press events in London and New York City.

The device picks up where the other Note models left off and keeps the same 5.7-inch Quad HD Super AMOLED display as previous models. Other key specs include a 16-megapixel rear-facing snapper and a 5-megapixel camera on the front for selfies and video calling. All that is powered by the same Samsung Exynos processor in the S6, as well as 4GB of RAM

Internal storage is pegged at 32GB or 64GB, but Samsung has dropped support for microSD cards this time around. Similarly, the battery is no longer removable, which likely won’t win it any favors with power users.

On the plus side, the cheap looking plastic of previous models has been replaced by an all metal and glass chassis, which should serve to provide a more premium look and feel for the already premium priced handset.

The S-Pen is also seeing a revamp; this time around it’s longer and made from sturdier materials. Samsung is claiming improved pressure sensitivity, and it now clicks in and out of its socket instead of just sliding out.

One neat software feature: you can also now use the S-Pen to scribble on the display even when the phone is off, which could come in handy for jotting down quick ideas before you lose your train of thought.

Samsung is also making keyboard lovers happy with a new, aptly named Keyboard Cover. The device attaches to the front of the phone and add’s a BlackBerry-esque physical keyboard.

Of course, that obscures the bottom half of your device, but the screen is so big anyway that you should still have a lot of screen real estate to work with.

In addition to Qualcomm 2.0 quick charging and wireless charging, the Note 5 supports quick wireless charging. According to Samsung the phone can go from empty to full in just two hours, or over an hour quicker than competing wireless technologies.

If the phone catches your eye and you’re looking for your next phablet, you won’t have to wait long: the devices will be available in stores on August 21st in the US and Canada and pre-orders start today at 3PM EST. There are no specifics on pricing yet however.

Unfortunately for people outside the US and Asian markets, there’s no concrete to bring the device to Europe or the UK.

Read next: Yuck! This app lets you anonymously harass people in your phone book