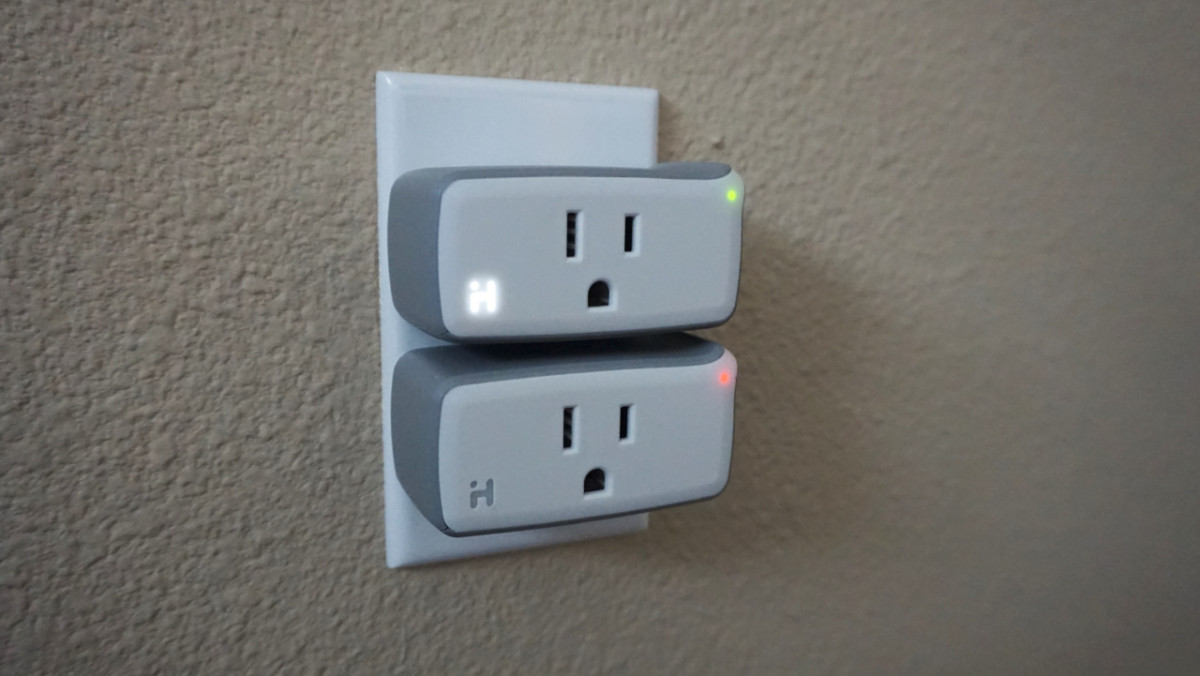 Those who’ve been on iOS long enough to remember the days before Bluetooth speakers likely had an iHome dock. The company is back, but bedside sound systems aren’t the goal this time. Kicking off its new iHome Control lineup with the SmartPlug, iHome is ready to take over your home — again.

The SmartPlug itself is simple enough; a rectangular shell with a solo outlet on the front and a button on the top right. That button serves as little more than a reset for the device at those times you need to pair it.

Each plug also has its own accessibility key, which you’ll need to know on initial setup. It’s a good security feature, and an individual identifier helps keep multiple plugs manageable.

SmartPlug is also really light, but oddly sturdy. The button itself has a pleasant click, and doesn’t give the impression you’ll wear it out any time soon (if ever).

The app is simply laid out, offering the ability to control as many switches as you can manage to fit in your home. You can also set rules for your switches; turn the lights on at set times, or set a window-set air conditioner to cut off right after you leave the house.

Rules can also control multiple switches, letting you manage your home’s devices in a very granular way. If you want to have the lights in the bedroom and kitchen toggle on just before you get home, you can. The ‘Scenes’ function is similar to Rules, but asks that you manually turn it on or off.

The switch is a fairly basic power toggle — even if it is a “smart home” product — but it’s the first step towards iHome’s move into the connected home space. In an attempt to create a connected home solution instead of a litany of products, iHome built its own cloud service.

“The SmartPlug is the first in a long line of products [for iHome Control],” Director of Product Development Gary Schultz told me in an interview. “We created our own cloud infrastructure to handle our iHome Control line of products. Because we have our own cloud now, we can do a lot of cloud-to-cloud partnerships. You can envision in the future the plug interacting with devices from other manufacturers.”

Schultz says the cloud is “the platform of the future” for connected home devices, and iHome Control will work with APIs from other manufacturers who want the ability to work with iHome Control products. 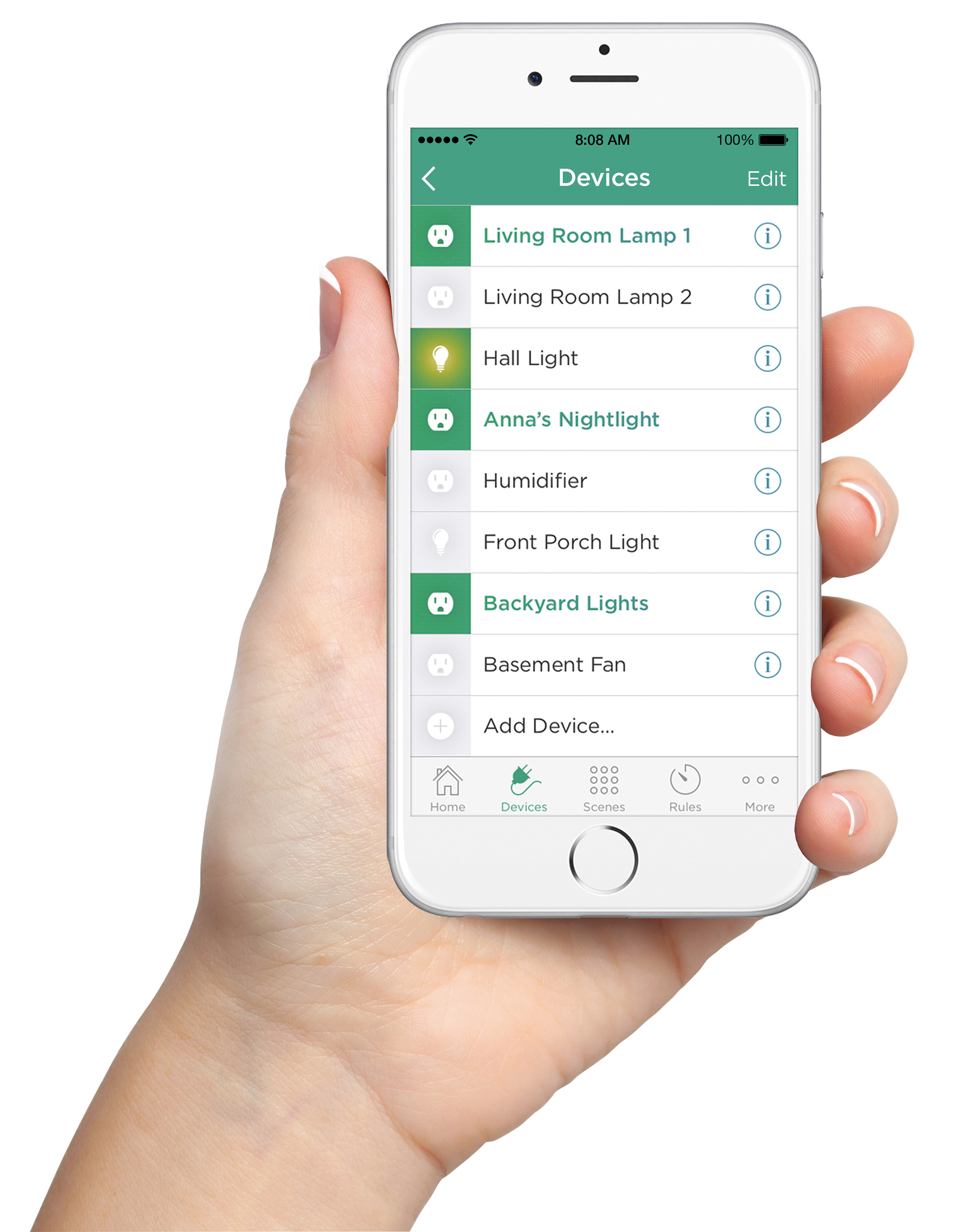 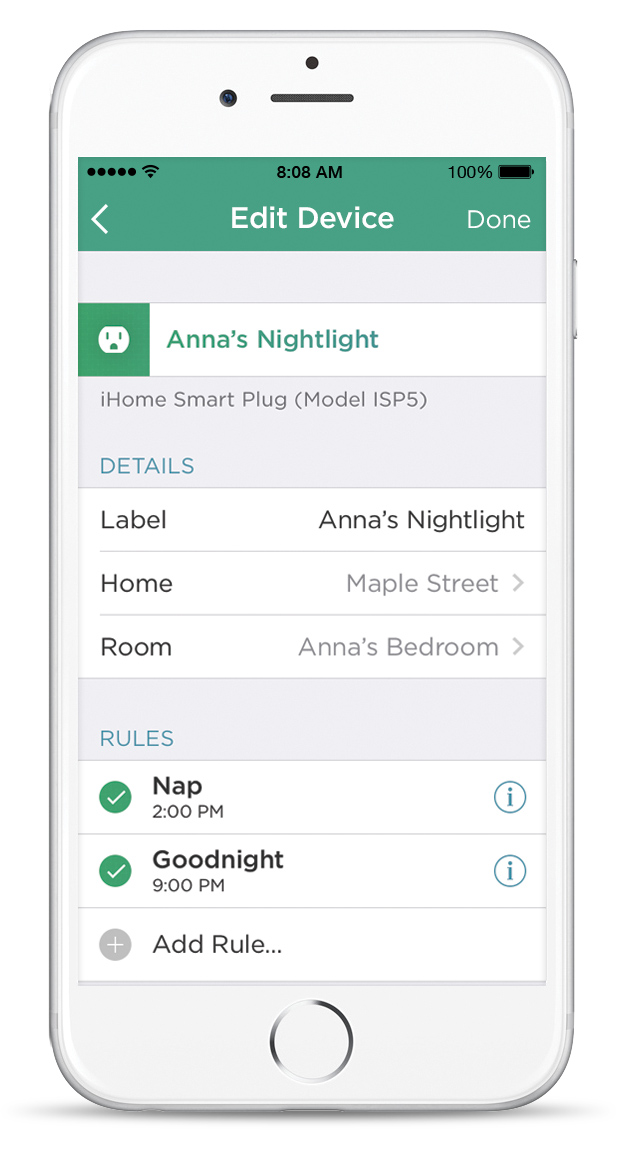 As a platform, Schultz also says what framework is in use doesn’t matter much. SmartPlug works with HomeKit, but things like scheduling your plugs to turn on the AC still exist in the cloud.

A cloud platform also keeps things agnostic to operating systems. In theory, those who use multiple platforms would have no issue commanding simpler functions via the cloud. So long as your device has a solid WiFi connection, it will function as advertised.

At $39.99, SmartPlug isn’t cheap. The panache of HomeKit will find it favor with consumers, and iHome’s dedication to scaling their connected home lineup could make SmartPlug a lynchpin as the ‘smart home’ segment grows up.

Read next: The first Apple HomeKit products are on sale now

Read next: With a nearly a million raised, Sonar gives businesses the power to text