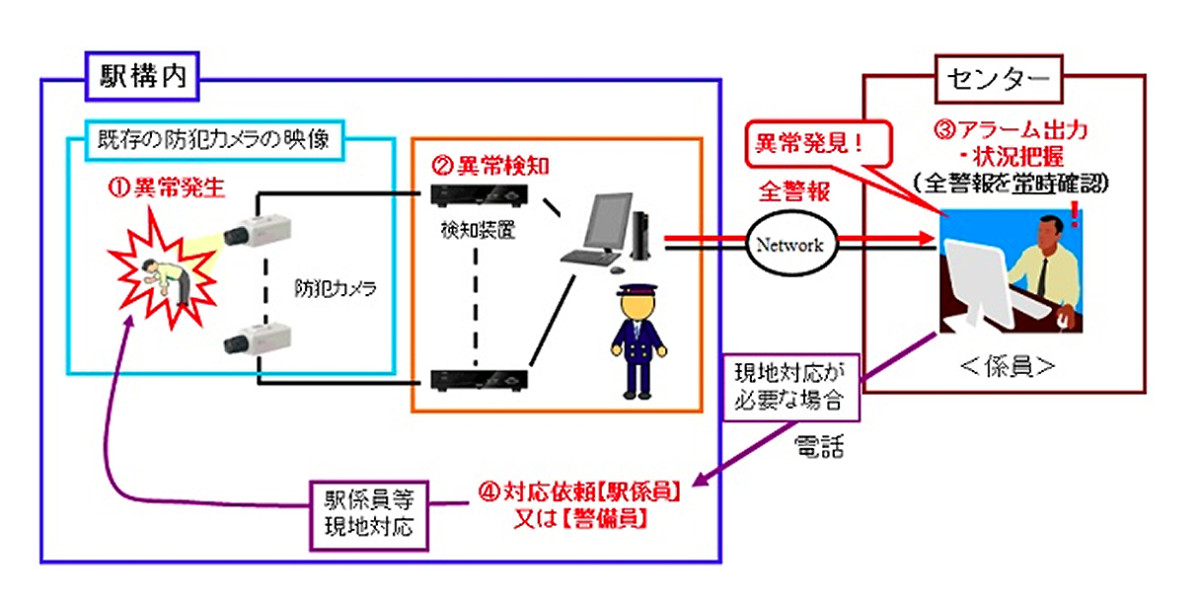 You absolutely do not want to drink and drive. But maybe you don’t want to take public transportation home either — at least not until you can walk a fairly straight line.

When it comes to railway accidents, recent statistics from Japan are sobering. Between April 2013 and the following year, the government recorded 221 cases of passengers on platforms being hit by trains as folks with impaired perception either got too close to the edge or actually fell off. Of those, some 60 percent were drunk.

West Japan Railway is now taking action to help prevent such incidents by installing automated security cameras at Kyobashi station in Osaka that specifically track drunkenness on train platforms. Installed this week, railway will use 46 cameras to automatically scan for signs of intoxication and alert station attendants, if necessary.

Clues to an impaired state can include staggering, camping out on the platform for extended periods of time for no apparent reason and sleeping on benches. Kyobashi station, located near one of Osaka’s entertainment districts, is the first to install the new system, but the railway is considering other stations for the future.

The system is for preventing accidents, and will not be used to identify people, the railway said.

➤ Drunk on the Train Platform? These Cameras Can Tell [Wall Street Journal]