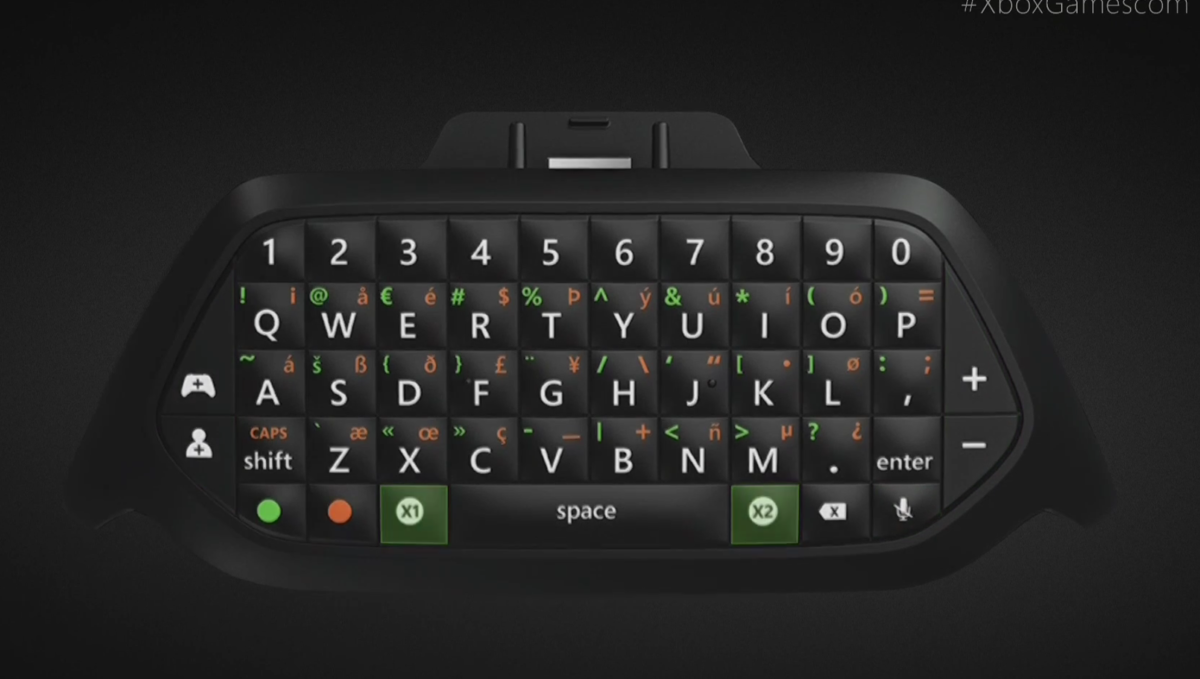 At its Gamescom press conference today Microsoft unveiled an accessory gamers have been waiting for a long time now: a keyboard for your Xbox One controller.

The device attaches to the bottom of your remote and features two programmable buttons in addition to its full QWERTY layout.

Of course, third-party hardware makers have been building keyboards for a while now, but it’s nice to see an official product finally being made available. And as you might expect, it’ll work on both the Xbox One and Windows 10.

The device will retail for $34.99, or UK 29.99/EU 34.99. Microsoft says the accessory will be available in November, but you’ll be able to go ahead and start placing your pre-orders today.

Read next: Donald Trump vs. Hilary Clinton: Digging up the their Twitter secrets