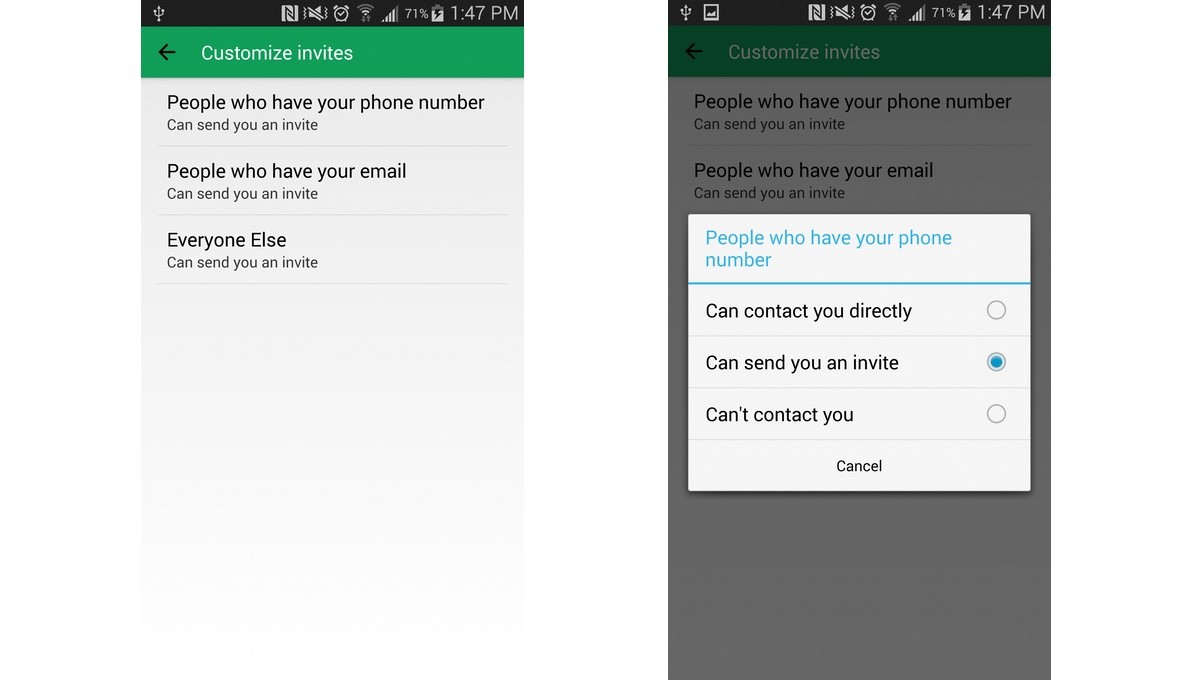 Hangouts users on Android will now get a better idea of who’s trying to contact them.

Google is quietly rolling out a new feature for Hangouts under the “how others get in touch with you” heading. In there, you may see a section named “customize invites,” which lets you receive invites from people who have your phone number, email, or the mysterious “everyone else.”

The current default for new chat notifications is pretty static (you get notifications for all users the same way). With this, users will either be able to contact you directly, send an invitation, or you can prevent them from contacting you altogether.

The new feature is probably not quite as granular as some people wish the notification control was, but it’s a start.

Read next: Google+ to be streamlined and unlinked from other Google services

Read next: Space-aged whiskey is our civilization's final frontier