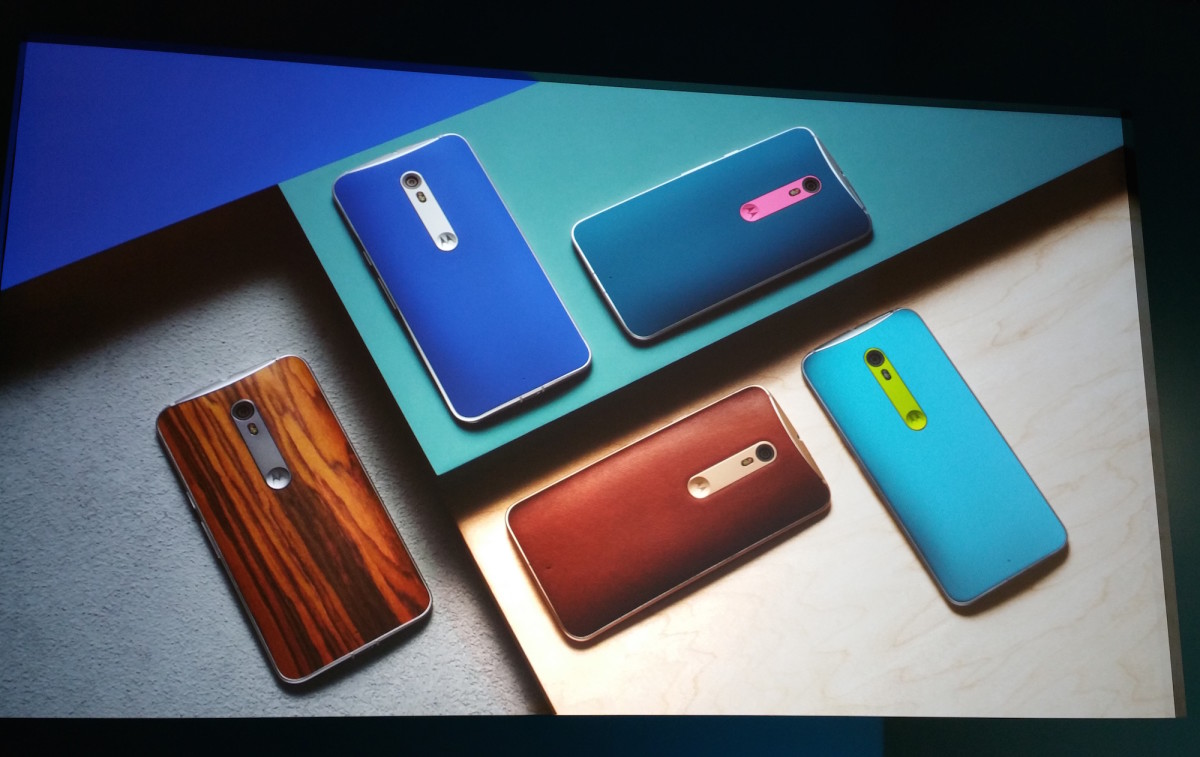 As with all previous versions of the Moto X, the newest model will be as customizable as the last. Instead, this year’s focus is on more powerful specs; the 2015 model will sport a 5.7-inch screen with Quad HD display, a 21MP rear camera and a 5MP front-facer with flash. Unlike last year’s model, which touted a ring-shaped flash in the back, Motorola has gone with a more traditional dual LED flash placement below the lens.

The Moto X Style has a 1.8GHz hexa-core Snapdragon processor, 3GB of RAM and starts at 16GB storage, expandable up to 64GB. It’ll also come with a microSD slot, something that was formerly available on just Motorola’s lower-end models.

The device will run on Android Lollipop 5.1.1 – no bloatware or skins. Motorola calls this the “Pure Edition” phone, meaning it will come unlocked so you can use the phone on any US carrier’s LITE service.

Motorola says the device can replete up to 10 hours of battery life in just 15 minutes of charge – 50 percent faster than the Samsung Galaxy S6. That’s a 3,000maAh battery underneath, by the way.