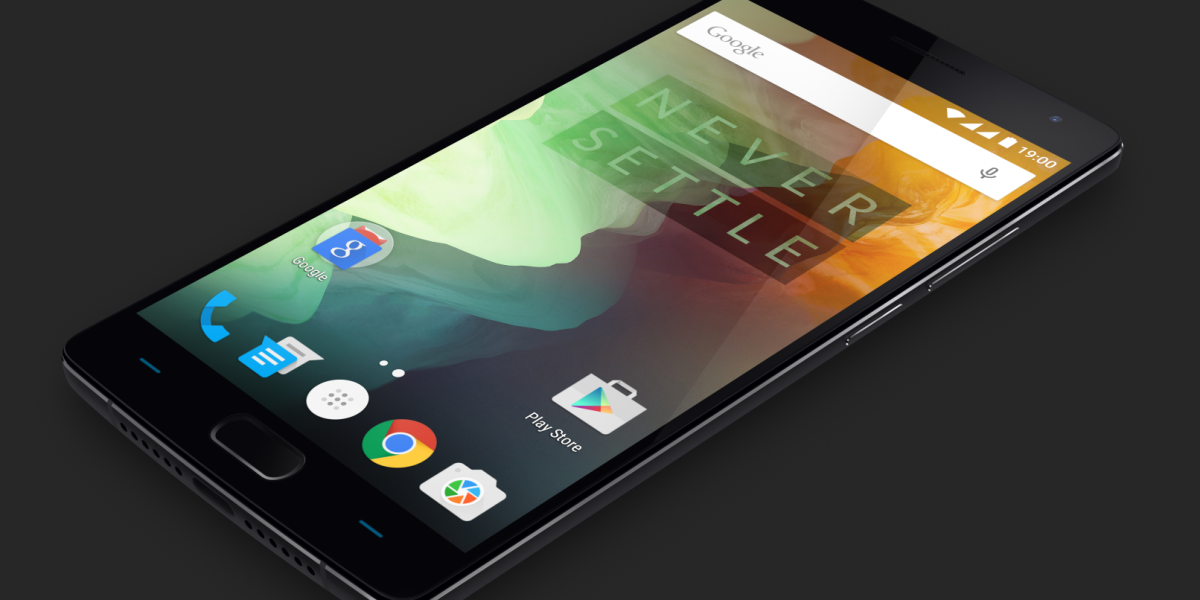 The follow-up to the popular OnePlus One offers a 5.5-inch 1080p HD display, dual-SIM support, a 5-megapixel front-facing snapper, wide-angle f/2.0 aperture 13-megapixel rear camera with dual LED flash and 64-bit 1.8GHz Octa-core Snapdragon 810 processor. You get the option of up to 4GB of RAM and 64GB of storage too.

Following in other manufacturer’s footsteps – most notably Apple and Samsung – the OnePlus 2 now has a fingerprint scanner, allowing you to quickly wake and unlock the device. The company has said it’s faster than Touch ID, too.

It houses a USB Type-C charging port too, future proofing it somewhat. The company promised to take that a bit further though, and has delivered on that by making the same port Type-A reversible as well – meaning it won’t matter which way in you place the cable.

One of the ways OnePlus looked to make a splash in the market first time around was the pairing of high-end specs at a decidedly mid-range price point. It’s a formula that stays true for the OnePlus 2 too with a starting price of just $329. However, with a competitive marketplace for smartphones, it takes more than pairing specs with value to attract buyers in huge numbers.

The OnePlus 2’s impressive internals are housed in an aluminium-magnesium alloy frame with stainless steel accents. There are a range of rear covers for the phone too, including bamboo (actual bamboo, not ‘bamboo effect’), ‘Black Apricot (not an actual apricot), rosewood and Kevlar.

The OnePlus 2 is also the company’s first handset to ship with its own Oxygen OS, based on Android 5.1.

The company says the platform is “a refreshing take on the pure Android experience” and allows for “subtle” personalization of the device, like allowing you to switch between using hardware or capacative on-screen buttons.

There are a few custom OxygenOS apps pre-installed in place of regular Android too, like the Camera, Audio Tuner and File Manager.

As was the  case first time around, you’re going to need an invite to buy a OnePlus 2.

In the US and Europe, sales will start (provided you have that invite) on August 11 with the 64GB priced at $389. The slightly lower specced model with 16GB of storage and 3GB of RAM will be available “later” priced at $329, OnePlus says.

We’ll be bringing you a full review of the device as soon as we can.
➤ OnePlus

Bored of Android and iOS? 24 hours with the Meizu MX4 Ubuntu Edition: I’m going to need some time to adjust

Read next: The Artificial Intelligence AK-47: A cheap, replicable autonomous weapon is inevitable