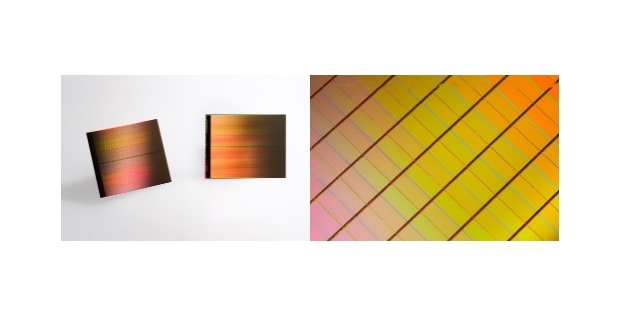 Faster, smaller memory flash memory is coming. Intel is announcing the 3D architecture they’ve developed in partnership with Micron is entering production, and will be in testing later this year.

The tech was first announced back in March (but had no branding; it’s now being called ‘3D XPoint), and allows Intel to stack a full 3.5TB of NAND storage on a drive about the size of your thumb.

In addition to being dense, the new memory is also faster. Intel claims it’s up to 1,000-times faster than existing NAND technology. Though forward-facing applications like 8K gaming will be a draw, Intel hopes 3D XPoint also finds its way into machine learning and real-time data analysis applications.

For decades, the industry has searched for ways to reduce the lag time between the processor and data to allow much faster analysis,” said Intel’s Rob Crooke. “This new class of non-volatile memory achieves this goal and brings game-changing performance to memory and storage solutions.”

The new memory technology is not ready for prime time, but it could help to drive the cost of existing SSD memory even lower. That’s something we can all support.

Read next: Intel introduces its own Internet of Things platform

Read next: How to get ahead in advertising