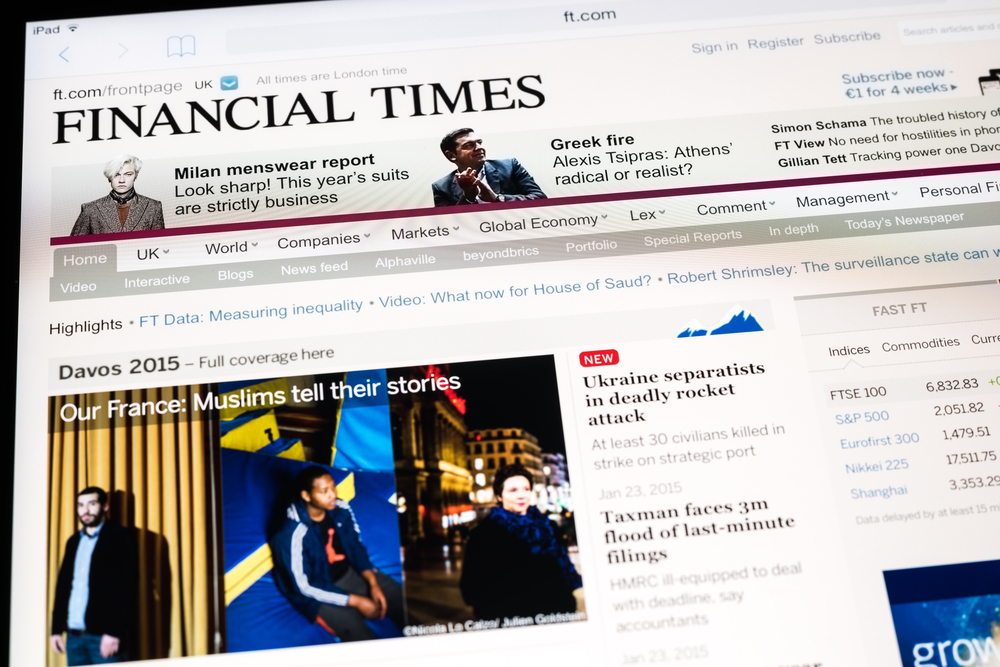 Pearson has confirmed that it has sold the Financial Times Group to Nikkei for $1.3 billion in cash.

In a press release, Pearson’s CEO John Fallon said “Pearson has been a proud proprietor of the FT for nearly 60 years. But we’ve reached an inflection point in media, driven by the explosive growth of mobile and social.”

“In this new environment, the best way to ensure the FT’s journalistic and commercial success is for it to be part of a global, digital news company.”

The company said that with the sale it “will now be 100% focused on our global education strategy.”

“I am extremely proud of teaming up with the Financial Times, one of the most prestigious news organizations in the world. Our motto of providing high-quality reporting on economic and other news, while maintaining fairness and impartiality, is very close to that of the FT. We share the same journalistic values.”

Just three days ago Bloomberg reported that the business was up for sale and was being valued at as much as $1.6 billion.

Read next: Bootstrapped entrepreneur? Win a ticket to TNW Conference in New York