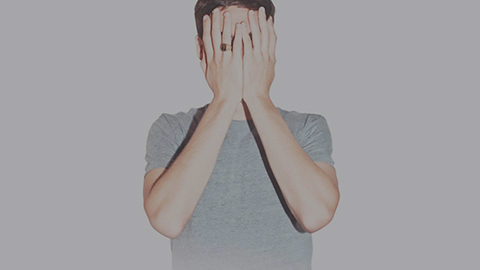 Recently, we organized an “Ask Me Anything” session at the TNW Academy with one of our teachers, Ryan Holiday, best-selling author of the books Growth Hacker Marketing and Trust Me I’m Lying: Confessions of a Media Manipulator.

He was also the former Director of Marketing at American Apparel and started his career as an assistant to Tucker Max before going on to work for people such as Dov Charney and Tim Ferriss.

We gave you the chance to put your burning questions to Holiday, and below, we’ve got the most interesting answers, just in case you missed the session.

After you sort of exhaust your “low hanging fruit” marketing ideas and growth starts to plateau, what kind of tactics do you recommend to stimulate growth again?

I talk about growth hacking as a loop in the book and in the course. We begin with product market fit, we look for growth hacks (the fruit you mentioned), we add in viral lift and then we focus on retention/optimization.

Then what? We start the loop over again. How can the product be improved to appeal to more people? What are features that would introduce us to new audiences? What are new platforms we could launch on? New programs we could add to encourage sharing and referrals? What does the data show we could/should be doing better? Then you do this loop again and again and again…and if you’re super-successful at it, one day you will find yourself with so much money that you buy a Super Bowl ad because there is literally nothing else better to do.

Anyway, I guess my point is, I don’t think you’ve really exhausted all the low hanging fruit.

What are some books that you recommend I start with?

Get started! I have a list of what I call ‘Books to Base Your Life On’ but honestly, read ANYTHING that gets you excited.

You’ve gained influence through writing about personal success/life strategy and growth hacking. There had to be a time before you could write from a standpoint of credibility, when your ideas alone were what convinced people to pay attention. What was the turning point for you, when you noticed that you had achieved a critical mass of readers? How much iteration on your own writing style & content did you have to go through to get there?

According to my blog, my first post was on January 31st, 2007. I’d definitely been writing online before that and that date sounds off, but that was my first real article. I remember the first readers of that post came from a message board where I’d been posting for a long time (Tucker Max’s).

Some of those readers still read my stuff now. I don’t know if/when I achieved critical mass. I just know it was a long and slow process. I didn’t get paid for my first piece of writing until I signed my book deal in November of 2011 and that book didn’t come out until July of 2012. The point is: it’s less about inflection points and more about just chugging away and getter better and better as you along.

What are the main differences in growth hacking for a social app and a productivity app? What actions would you take in one that you won’t take in the other? Do you have examples and tools that work better for one category, and are a waste of time in the other?

I guess I don’t totally see why they would be very different. One might have some more outward facing elements while the user experience of the other is more solitary, but growth is still the same. Look at Wealthfront–managing your retirement income is a pretty private act, isn’t it? But they’ve built a great referral engine inside of it that pays users to encourage other users to manage their money with Wealthfront.

I’m a big user of Instapaper, it makes me more productive. Frankly, I’ve been sad to see Pocket do a much better job growing and building the brand than Instapaper has.

What growth hacking advice would you give to a freelancer just starting out?

I suppose that depends on what you mean by freelancer. Do you mean as a freelancer growth specialist? Or do you mean growth hacking a career as a freelancer? In anyway, I really like the book So Good They Can’t Ignore You by Cal Newport. I think it’s one of the more underrated books for the potential freelancer. He talks a lot about building up career capital.

For instance, with my career I started with a number of low level positions with well know people or brands. Why? So I could develop skills, relationships and opportunities. Then later, when I had enough of this, I could parlay it to my own gig and then my own company.

Read next: It's not just you: Apple Music, Beats 1 and iTunes are down for many users [Update: They're back]