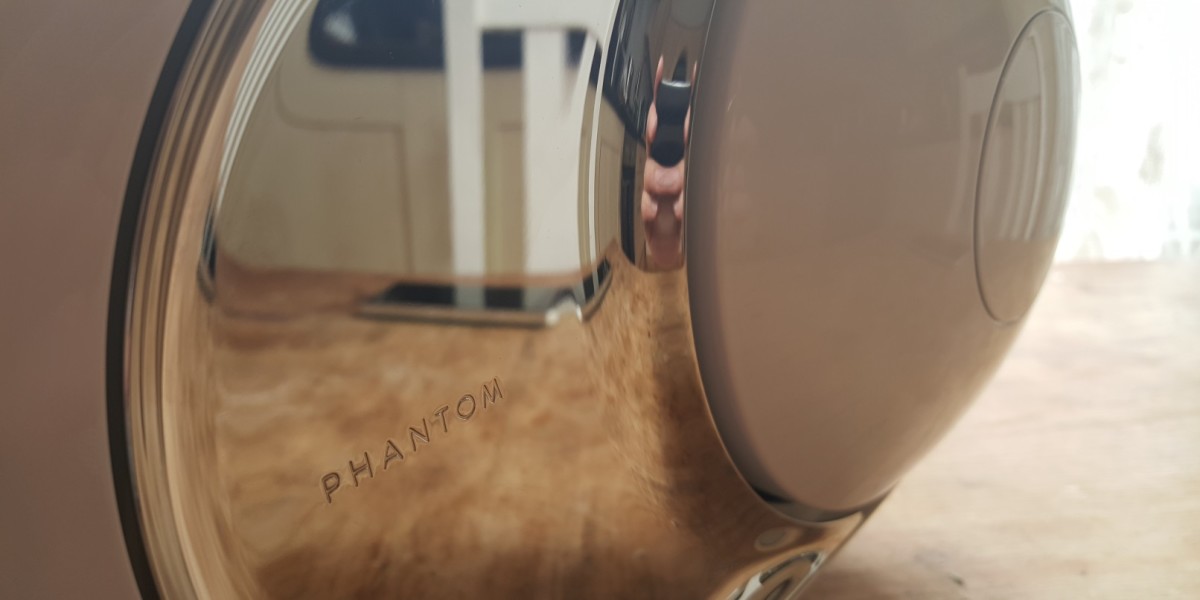 We don’t often spend a lot of time looking at high-end audio products, but when the chance to try out a $1,990 (£1,390) Bluetoth speaker came around, it was too tempting to decline.

To call Devialet’s Phantom Sound Center ‘a Bluetooth speaker’ and put it in the same category as something like the Jambox (or any other portable speaker) is a bit like saying that the Koenigsegg Agera R super car is the same sort of thing as Nissan Pintara. In the sense that it has four wheels and performs roughly the same function, that’s true. But the similarity pretty much ends there.

That’s the case for the Phantom too – and despite claiming to be, it’s not really ‘portable’ in any true sense, as it requires mains power to work.

You can connect up to 24 of the units together via Wi-Fi if you want a multi-room or stereo/cinema set-up. To connect them up you’ll also need the Dialog hub.

If you’re sticking with a single unit, moving them between rooms is possible (as it’s just a single unit, with no separate sub-woofer) but at 12KGs, it’s unlikely to be something you’ll want to do every day.

That’s not to be taken as a criticism though really, it’s just not really the intended use for the Phantom.

…Is that a vacuum cleaner?

With over two years spent on the physical design of the finished product, and a 88 patents secured just for the Phantom, it probably doesn’t please Devialet that my girlfriend’s first question when she saw it was ‘is that a vacuum cleaner?’

Beauty, as they say, is in the eye of the beholder.

To me, it’s a feat of engineering wrapped in a compact package but have to concede that it’ll stand out aesthetically in smaller rooms.

Out of the box, what struck me was the simplicity of the unit.

It’s a single piece design and has just one button, for the power. There’s no provision for manual equalizer control – and there’s none planned for the future. Devialet wants to give you as pure a sound as possible. There’s no mobile app required for one speaker either. On, off. That’s it.

Some people will probably find this frustrating, and you’d need to play around with a few more settings if you’re setting up multiple devices via a Dialog hub, but otherwise, it’s utter simplicity – just control the volume via the input device.

The simplest way to connect to the Phantom is via Bluetooth – on the model I tested, it had not yet been integrated, but all customers that ordered one after June 15 will get one with a Bluetooth module embedded. The feature won’t actually be enabled until an update due to roll out in September though.

For that reason, I can’t really comment on the Bluetooth range in the finished product, but the attached Bluetooth dongle method I tested with was overly sensitive to movement, occasionally causing tracks to glitch a little.

There’s also optical for connecting up via wired input, and an ethernet option.

The Spark app for iOS and Android devices (I attempted testing with Android) was the only area in the whole time that I had any real trouble. As part of the pairing process, you’re supposed to activate the Wi-Fi feature by placing your hand on top of the unit for 5 seconds, and then connecting to the resulting Phantom Wi-Fi network directly. However, placing my hand on top of the unit didn’t start the Wi-Fi pairing as it should to continue with the connection.

I was then told by a spokesperson that the feature wasn’t present in the review models sent out, and will be activated in September when the Bluetooth update rolls out. As I said though, you really don’t need the app to control music playback at all.

The science behind the sound

Devialet says that the Phantom can handle sub-bass at 16hz, all the way to the other end of the scale with treble at 25Khz.

As with many high-end audio products, the aim has been to create an overall sound that feels authentic, unaffected and without artefacts.

Devialet’s approach is based on the evolution of its technology over 20 years. Called ‘ADH Intelligence’, it’s essentially a combination of both analog and digital amplification, to try and provide the best of both worlds: clear, powerful sound that doesn’t distort.

On the lower end of the scale, the side casing of the Phantom moves in and out to increase the maximum air pressure inside the unit “to the level associated with a rocket launch.”

This creates a pretty cool vibration effect on the eyes and allows for a seriously strong kick of deep bass.

It would be easy to think perhaps at first that the Devialet tends towards being bass heavy, but it doesn’t, it just delivers it with a force that you might not be used to, unless you already have a very expensive music set-up.

In theory, Devialet says that the processing technology is only used to reproduce the exact acoustic pressure recorded by the microphone in whatever music you’re playing. It seems to really work.

The Phantom uses “Devialet-exclusive high-excursion bass drivers moving in perfect symmetry” to create a sound with “actual physical impact.” And it’s not just all talk – it really is an incredibly impressive sound from such a compact, wireless package.

Whether or not that justifies the price tag depends on how deep your pockets are, but if you’d happily spend $10,000 or $20,000 on a multi-room system, it’s probably worth listening to a Phantom set-up just to see if you can save yourself a whole bunch of hassle and money for a comparable sound.

I listened to a whole range of different music (classical through to pop to drum and bass and hip hop) and it seemed to deliver across the whole range, which is seriously impressive feat – often a speaker that can provide the kick needed for a warbling bass line can’t quite manage the piercing high notes in a classical piece.

It’s designed to be non-directional, too – so it’s supposed to sound just as good wherever you are in relation to the speakers. While this mostly seems to be the case, if you sit or stand directly behind the speaker, it’s certainly not quite the same quality as pretty much anywhere else. But this is only a small foible.

The only other potential caveat about the sound – and it’s almost a positive too – is that the middle on tracks can be incredibly strong, and therefore steal the spotlight of the overall output.

Often, whether or not this is the case comes down to the quality of your source input – you’ll certainly want to feed it the highest bitrate tracks you can.

One unit on its own, even just the 750w model tested here, is LOUD too. Easily enough to annoy your neighbors, should you so wish. Connect up two or more and you’re going to be making some serious noise when you crank it up.

If you were to put price aside and ask me whether I’d happily use one of these day-in, day-out, the answer would be yes. But if you asked me if it was worth the $2,000 to me, I couldn’t really justify it.

That’s not to say I won’t miss it when it’s gone – it’s not too often a speaker brings a smile to your face just because of the way it can blow you away with sound, but the Phantom regularly managed that face-altering delivery.

Is it a perfect sound?

Probably not. If for no other reason than audiophile purists will disagree that a speaker of this size can possibly deliver on its promises. It gets pretty damn close though.

If money genuinely isn’t a consideration, the Phantom offers a crisp, clear, well-rounded sound with deep bass – and the option of extensibility at a later date if you decide to buy another unit.

Devialet also plans to deliver new audio modes and features over the life of the product, so you shouldn’t be too worried about it being redundant in a year either.

24 of them in one regular house might be a bit much, though.

Read next: Homejoy shutting down as it draws fire in court over how employees are classified