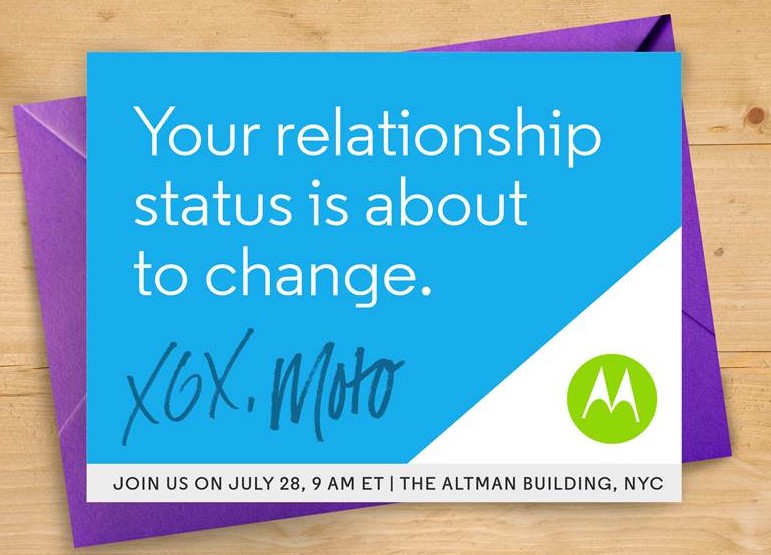 It looks like Motorola has a new device or two up its sleeve; the company is sending out invites for a global event on July 28th.

There’s no further information on the type of device or software it will reveal, and the only text on the invite reads “Your relationship status is about to change.” Meanwhile, Motorola’s official announcement page says this about our relationships with our smartphones:

We feel lost without it. We trust them with our most personal questions, photos, stories and secrets. They never leave our side. But shouldn’t all that care and devotion you show be returned?

A better mobile relationship is on its way.

Rumors have been flying around about an improved Moto 360 with a fully-circular display (no longer sporting the flat-tire look), as well as potential new phones. Motorola traditionally refreshes its devices late in the summer, so that looks to be the case this year as well.

We’ll be on deck come July 28th, so stay tuned for more when the date approaches.

Read next: Inside the teacher’s studio: Ryan Bonhardt on how to learn (and teach!) better