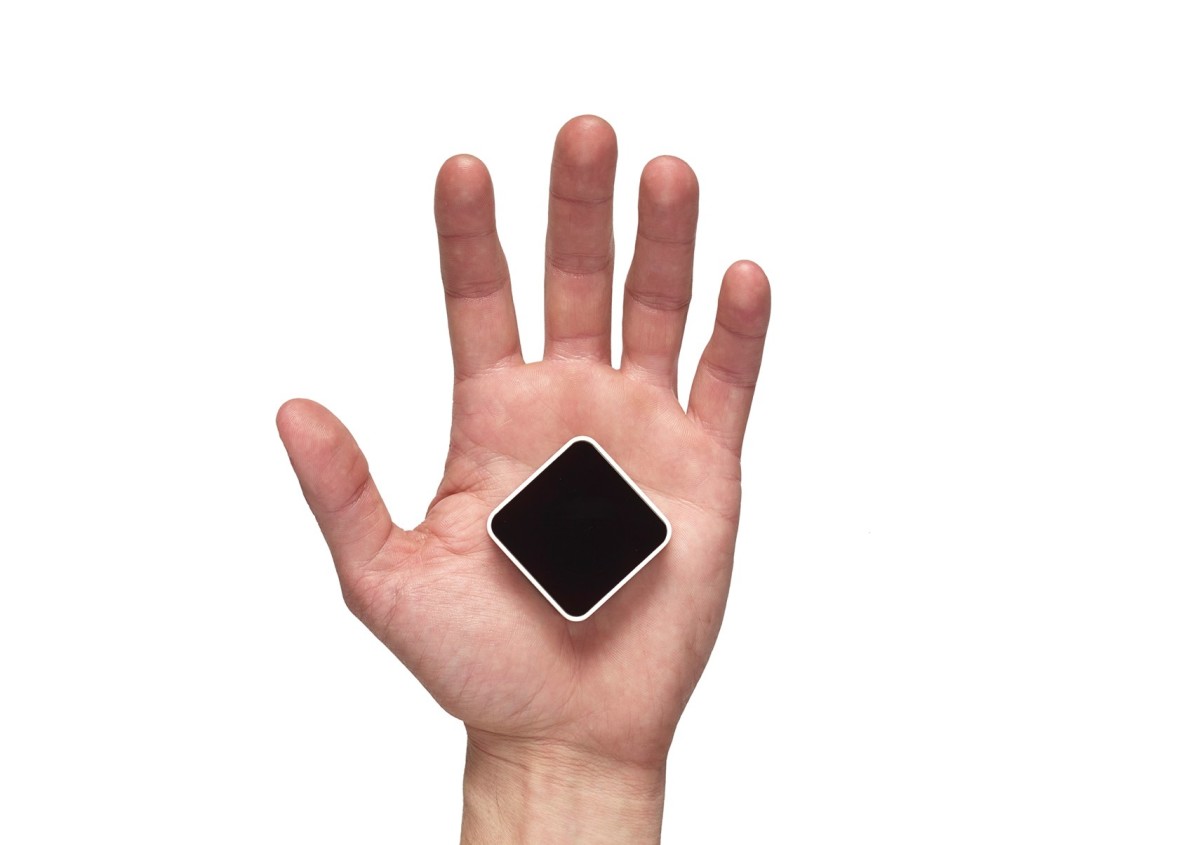 The Internet of Things is mostly a bunch of crock, but a small hardware startup called Density has produced something that finally made me believe.

Density is bringing the humble door counter online. It’s a tiny box that businesses attach to their door frames to get real-time data on how many people are inside as well as how many have visited on any given day.

Think of it as an API for getting information on whether there’s a line at the Department of Motor Vehicles or your favorite coffee shop.We’ve all wondered…but there’s often no way of knowing until it’s too late.

Density puts the previously invisible — how crowded a place is — online, without privacy concerns that usually come with measuring it.

The company started out two years ago with a vastly different plan: it was going to track the MAC address of your iPhone to determine how busy a location is. Apple suddenly killed the original idea when it announced it’d be anonymizing those addresses in iOS 8 to avoid apps that tracked users.

That forced Density to rethink its plan. It turned its attention to building hardware. There are a number of alternatives out there, but many of them are privacy-invasive, using a camera or other tracking mechanism that actually gathers information on the person.

Instead, using off-the-shelf components, Density built a tracker that is, according to them, “90 percent accurate” and offers real-time data to businesses.

It’s a fairly simple device that uses two infrared distance sensors and takes voltage spikes to determine whether someone has entered or exited the building.

That real time data can be presented in a Yelp listing or inside Foursquare so potential customers know how busy somewhere is before arriving.

Density’s hardware is free, but costs $25 per location per month to get access to the API. That’s not the ultimate monetization plan, though.

Andrew Farah, co-founder of Density told TNW that the end goal is to get Density “across a city” and then sell that data to researchers.

Farah believes there aren’t any privacy concerns, because it’s simply counting people and not tracking them.

It could provide researchers with information on customer trends across the day. They could also get a sense of the most trafficked locations, without undertaking costly monitoring.

One plan the company has is to partner with a location app and show trending locations, like nightclubs, as they get busier in the evening.

It expects pilot deployments in Portland, Austin and New York City by “the end of summer” and is already working with Blue Bottle Coffee.

Density is launching today, but you won’t be able to buy it directly from the company. Instead, it’ll sell through “existing networks” like location directories or point of sale systems so it doesn’t have to build out its own sales team.

The future where I can finally how crowded the gym or DMV is before I get off the couch is an exciting one.

Read next: Instagram has 14m active users in the UK, but we don't know for sure if that number's growing or shrinking