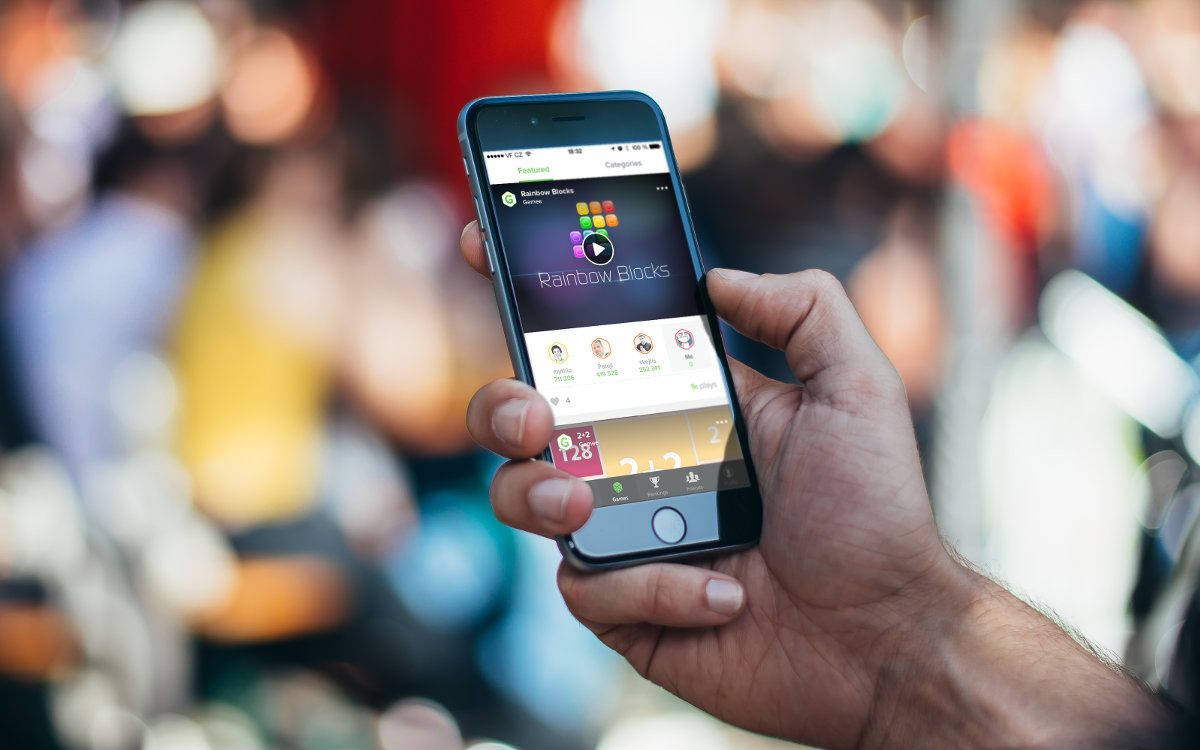 Half a year ago in an interview with The Next Web, Jan Rezab, founder of Socialbakers, mentioned a $600,000 “family investment” in a Prague-based startup. Now the veil mystery has been lifted with the launch of Gamee, a mobile-first casual gaming social network with an interesting business model and distinctive stance against in-app purchases.

“First we decided to invest money in Gamee, and then it got so exciting for me that I joined them as CEO,” Bozena told TNW. “The team has experience in gaming and app development, I the marketing and business perspectives – all things monetization and client acquisition abroad.”

Essentially, Gamee is a platform full of free games with features that we’re used to seeing in social networks. It allows users to challenge their friends both inside and outside the network, share games and results, and so on. The beauty of the games being written in HTML5 is that they can be played anywhere on the Web, not necessarily inside the network.

“Playing with friends, challenging them gives a completely different feeling [to gaming], it becomes in fact social,” Rezab said.

The main target audience of the network is casual gamers, who mostly play on their mobile phones on the go, while commuting or waiting in a line somewhere. But in fact the players might be not so passive as the name suggests.

“It’s believed that casual gamers spend only a few minutes a day playing games, but the real numbers are much higher,” Rezab said. “We call them casual gamers because they don’t play hardcore games. But the time they spend is not that different [from mid-core gamers].”

Indeed, according to different surveys casual gamers spend up to six hours a week, which is a significant number although still a far cry from hours played by hardcore ones.

Among other things, Bozena Rezab takes pride in the fact that all the games on Gamee are and will always be free. In her opinion, in-app purchases implemented in many casual games are all too often used to rip the players off by simple and dumb game mechanics.

“It’s like gambling taking over mobile gaming,” she added.

This attitude towards in-app purchases is also shown in this ad for the platform:

For Gamee, Rezab has chosen the model of working with brands who can sponsor an existing game or create a new one in collaboration with the platform’s team of developers.

“Many brands don’t need brand awareness anymore, they already have it. So they’re looking at what’s next, they want to engage the audience, the influencers,” she said.

The sponsored games, in Rezab’s opinion, can carry the brand’s values better than any ads and make users interact with them in a smooth and frictionless way.

As of July 2015, there are five international brands working with the startup, including Spanish clothing brand Desigual and French media company Lagardère.

The social network started its “gradual launch” a few months ago from Australia and Turkey, which represent the markets of Western and developing countries, respectively. In the past 30 days, it saw about 1 million gameplays, while its users spent 17 minutes per visit.

Among the first takeaways Gamee has had from the test markets is that the localization play a much bigger role than one could think. Translating the app in Turkish raised registration rate from around 15 percent to a whopping 92 percent, Rezab said.

In addition to that, the platform has seen more users on tablets than expected.

“We designed Gamee for smartphones, to play on the go,” Rezab said. “It surprised us how many users, especially on Android, use Gamee on tablets. During the day, we see people on smartphones, in the evening, most switch to tablets.”

Armed by this knowledge, Gamee’s team is already working on a separate tablet version for those who prefer playing games on the couch after dinner.

Read next: Nintendo president Satoru Iwata has died at 55