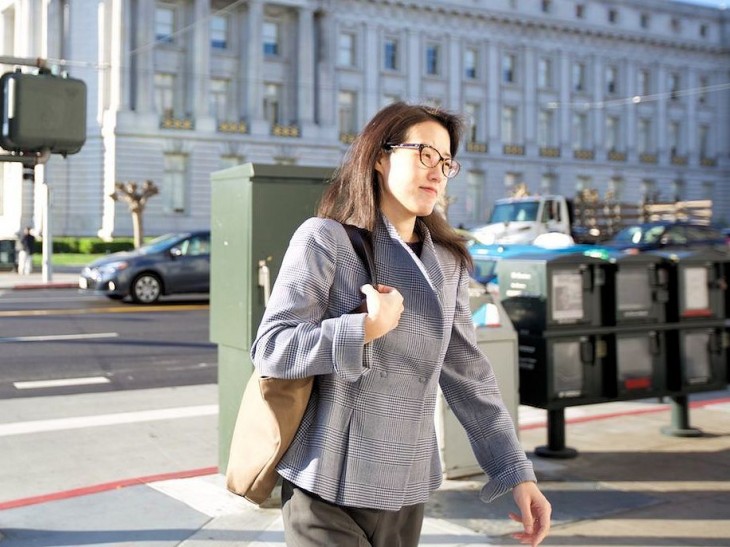 It’s been a big week for shakeups at Reddit HQ. CEO Ellen Pao has just resigned, and co-founder Steve Huffman will be taking over immediately.

According to Recode, it was a mutual decision with Reddit’s board. In an interview Pao said the board has a more aggressive view about growth potential for the company than she did. Pao and the board suggest she wasn’t fired, but it’s been rough go for her at Reddit.

Last week, several Reddit communities revolted after the company’s communications director, Victoria Taylor, was let go. Taylor was popular member on the site, and many moderators took it as a sign that Reddit HQ didn’t pay enough attention to the needs of its users.

Pao apologized, saying some solutions were on their way, but that wasn’t enough to calm many of the protesters.

It’s not clear if Pao was fully responsible for all the changes happening at Reddit HQ, and the statement doesn’t specify if recent events had anything to do with her stepping down, but it’s hard not to see the change in the context of recent events.

Meanwhile, Huffman says he’s excited to return after co-founding the site ten years ago, and will focus on continuing to grow the platform and strengthen its mobile offerings.

As for what Pao will be doing with her time post-Reddit: “I am going to get some sleep, I have to figure it out, but I am going to take some time off.”

Here’s the full statement on the leadership change from Sam Altman, one or Reddit’s board members:

Ellen Pao resigned from reddit today by mutual agreement. I’m delighted to announce that Steve Huffman, founder and the original reddit CEO, is returning as CEO.

We are thankful for Ellen’s many contributions to reddit and the technology industry generally. She brought focus to chaos, recruited a world-class team of executives, and drove growth. She brought a face to reddit that changed perceptions, and is a pioneer for women in the tech industry. She will remain as an advisor to the board through the end of 2015. I look forward to seeing the great things she does beyond that.

We’re very happy to have Steve back. Product and community are the two legs of reddit, and the board was very focused on finding a candidate who excels at both (truthfully, community is harder), which Steve does. He has the added bonus of being a founder with ten years of reddit history in his head. Steve is rejoining Alexis, who will work alongside Steve with the new title of “cofounder”.

A few other points. Mods, you are what makes reddit great. The reddit team, now with Steve, wants to do more for you. You deserve better moderation tools and better communication from the admins.

Second, redditors, you deserve clarity about what the content policy of reddit is going to be. The team will create guidelines to both preserve the integrity of reddit and to maintain reddit as the place where the most open and honest conversations with the entire world can happen.

Third, as a redditor, I’m particularly happy that Steve is so passionate about mobile. I’m very excited to use reddit more on my phone.

As a closing note, it was sickening to see some of the things redditors wrote about Ellen. [1] The reduction in compassion that happens when we’re all behind computer screens is not good for the world. People are still people even if there is Internet between you.

If the reddit community cannot learn to balance authenticity and compassion, it may be a great website but it will never be a truly great community. Steve’s great challenge as CEO [2] will be continuing the work Ellen started to drive this forward.

[1] Disagreements are fine. Death threats are not, are not covered under free speech, and will continue to get offending users banned.

Ellen asked me to point out that the sweeping majority of redditors didn’t do this, and many were incredibly supportive. Although the incredible power of the Internet is the amplification of voices, unfortunately sometimes those voices are hateful.

[2] We were planning to run a CEO search here and talked about how Steve (who we assumed was unavailable) was the benchmark candidate—he has exactly the combination of talent and vision we were looking for. To our delight, it turned out our hypothetical benchmark candidate is the one actually taking the job.

Read next: Developer says he's got Project Tango streaming to a browser