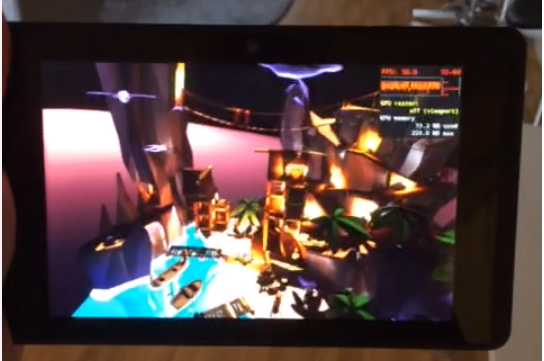 Well, here’s something neat. A developer says he’s created a websocket that broadcasts Project Tango events locally to a browser.

As you can see in the Vine below, Rickard Berg says he is displaying something Tango-y on a tablet, in a browser using an Android websocket. He also hashtagged webgl, a Javascript API for 3D rendering.

Berg works at Goo technologies, which has a #d rendering tool named Goo Create. No word if this project is part of something Goo is working on, but it sounds as if it was a personal project for Berg.

We’ve reached out to Berg for specifics on his project, which he says will likely be open source soon soon.