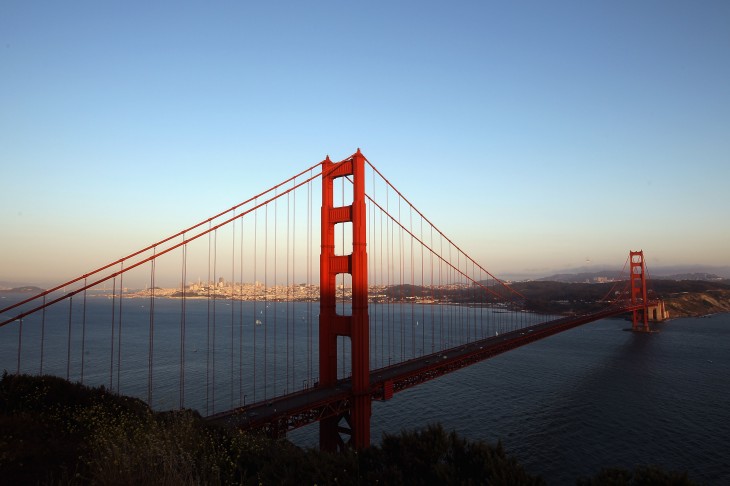 On Monday, San Francisco activists and opponents of short-term rentals plunked down 15,983 signatures to put a new regulation measure on the November Municipal Elections ballot. If the city can confirm that at least 9,700 of those belong to honest-to-god San Francisco voters, then the big battle between Airbnb and the City of San Francisco will definitely go down.

The petition would limit hosts’ ability to offer their rentals to 75 days per year, regardless of whether the host is actually present on the property. That would do significant damage to an October vote by the San Francisco Board of Supervisors to legalize Airbnb rentals within San Francisco, which took effect in February of this year. The current regulations allow Airbnb hosts to offer their rentals for 90 days out of the year when not present, or 265 days per year when present.

Roughly 100 Airbnb supporters protested at San Francisco City Hall, carrying signs that included the phrase, “Sharing is caring.” The group was a part of the SF for Everyone Coalition. A spokesperson, in an email to TNW, described the group as “a coalition of home sharers, elected officials, small business owners and civic leaders united to protect home sharing and strengthen the middle class in this city.”

According to KQED San Francisco, the ballot measure is sponsored by ShareBetter SF. It seems the group has specifically targeted whole-apartment rentals, per their mission statement:

We believe it’s alright for people to rent an extra room in their home from time to time, so long as they’re registered and paying the City’s transient occupancy tax. But the wholesale conversion of housing units into illegal hotel accommodations must stop. Airbnb, HomeAway, VRBO and the many other companies that advertise to tourists should only be offering residential rentals that comply with the City’s registration requirements.

Added pressure on Airbnb is also symbolic of San Francisco’s increasingly uncomfortable real estate problem, as median rent in the city has skyrocketed to $4,225 per month. The lack of affordable housing continues to put pressure on longtime, low-income residents of the city, and it can certainly be argued that landlords repurposing their housing to accommodate a 24/7 short-term rental cycle aren’t helping matters.

The Board of Supervisors will hear arguments from both sides next Tuesday. Time to get your popcorn.

Read next: Google Maps for Android update will let you share maps and hide interface elements