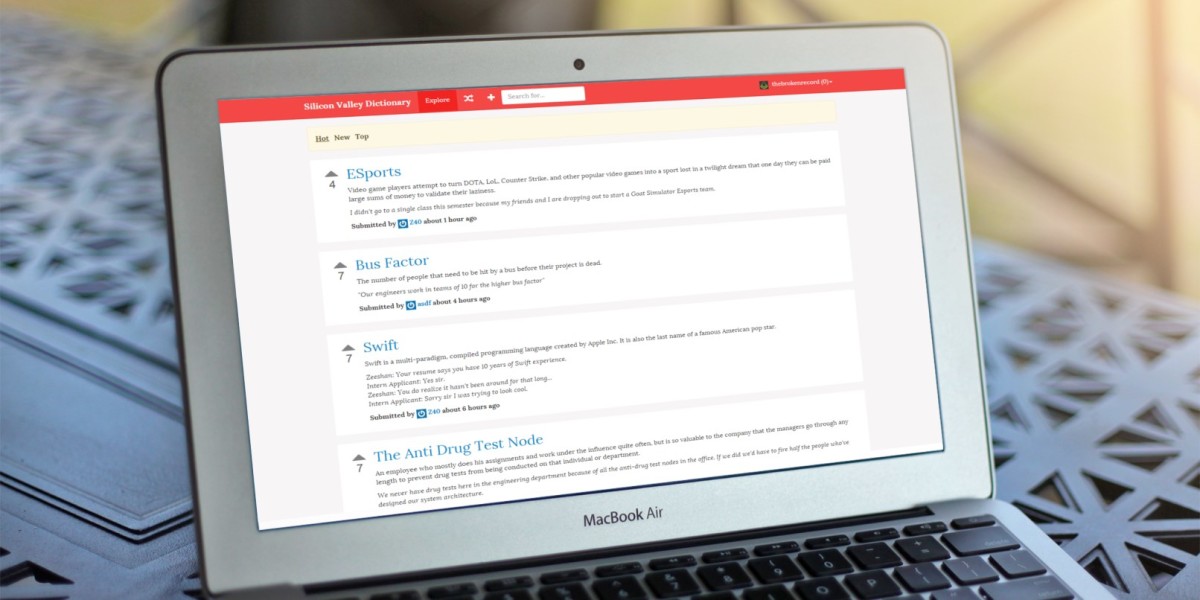 Whether you’re tired of hearing newfangled phrases in discussions about tech or are still recovering from Post Silicon Valley Move Stress Disorder , there’s now a ready reckoner to sort you out.

Silicon Valley Dictionary serves up nearly 200 (and counting) terms commonly used in the tech world, along with a smattering of them from ‘Silicon Valley’, an HBO comedy that presents a wry take on startups.

Some of my favorites are:

Gluttonygramming: Programming and working at a slower pace to purposely get more food out of the company.

Early Employee: A founder who will take 1% of the company instead of 25%. This is a polite way of saying “sucker.”

On Demand: Another way of saying “for lazy people.”

The site is a great way to cut Ride Sharing Tension. If you need me, I’ll be here checking out my vanity metrics.

Read next: Amazon's ‘Prime Day’ on July 15 will offer Black Friday-like deals, only for subscribers