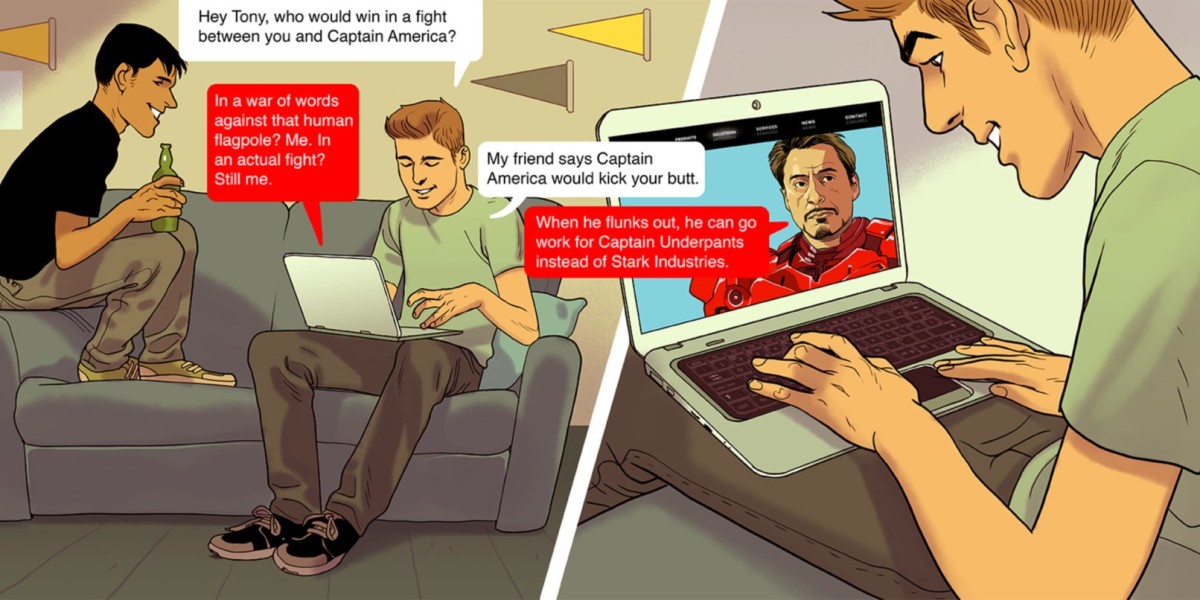 Imperson has launched a platform that lets TV and movie fans chat with virtual personas of their beloved on-screen characters, opening up the possibilities for more immersive and personalized marketing efforts.

The company’s new technology lets brands implement conversational characters with an authentic profile to engage directly with users on platforms they’re familiar with.

In a marketing campaign for the teen slasher flick ‘Unfriended’, Universal Studios used Imperson’s platform to create a virtual persona for a key character believed to have killed herself early in the film.

Laura Barns, as the character is known, responded to messages on her Facebook profile that drew tens of thousands of people into the lore of the movie. More than half of the fans of Unfriended’s Facebook page interacted with the virtual character.

We want to bridge this gap between characters and people and open doors to the worlds of TV, cinema, and fictional characters through natural conversation. Our technology brings characters from the virtual world into our lives, and lets us live out our imagination by transporting us into those worlds of fantasy.

While it’s only being offered for use in marketing campaigns at present, Imperson’s platform could well be the foundation for sci-fi inspired tech like holographic assistants in airports and personal robots that respond to your every command.

Read next: Get the Mobile-First Developer’s Bundle – and pay what you want!