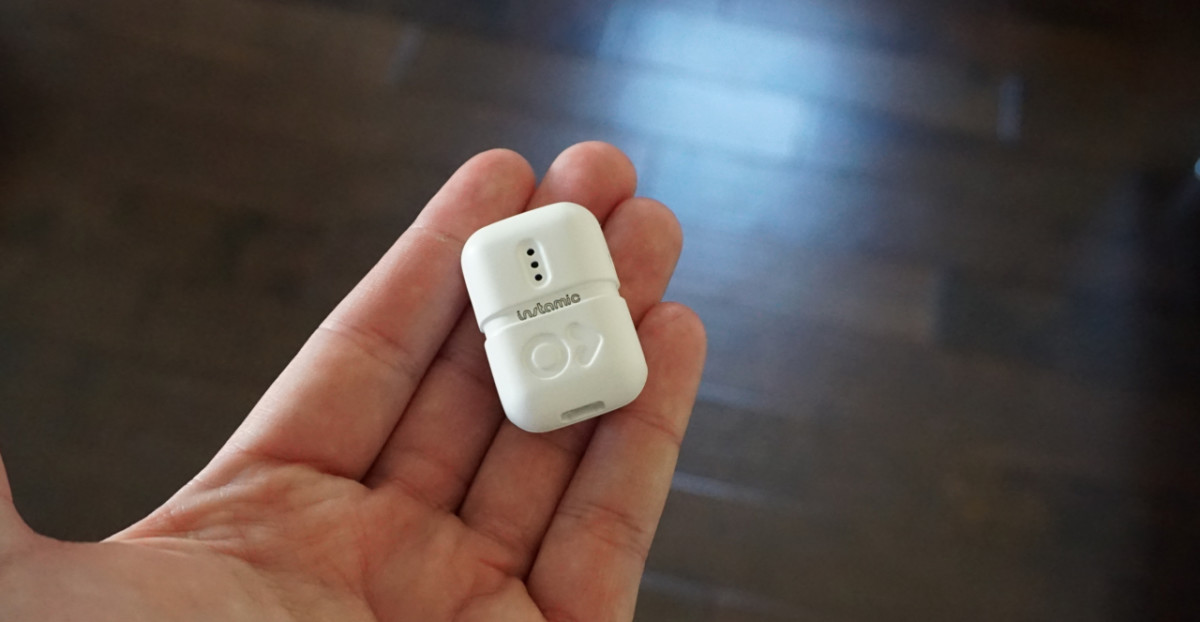 Calling itself the “GoPro of microphones,” Instamic wants to assert itself as the new standard for audio recording. If its Indiegogo campaign goes as planned, it just might achieve that goal.

Instamic is a tiny clip-on (there are also magnetic or adhesives mounts) microphone that wants to replace handheld microphones as well as lavalier mics. You can record sound in 48khz/24-bit at mono or dual-mono with the Go variant, and there’s even a Pro version that offers stereo recording. Instamic has a frequency response of 50 to 18,000 Hz.

Aside from its recording prowess, Instamic is also unique because it’s wireless, and can be controlled via an app. A quick press to turn it on and you’re ready to start recording.

When you need to transfer a recording to your desktop, the micro USB charging port doubles as your file transfer system. You can record up to four hours of uncompressed audio with Instamatic.

Instamic Go is splash-proof, but you can’t submerge it. The Pro version is waterproof up to five meters.

We’ve been testing a version of Instamic with beta firmware. While it doesn’t have the full compliment of services noted in the Indiegogo campaign (or the smartphone app), the sound we were able to record on it is really nice. After a quick tap on the front-facing logo (circle and arrow), recording happens straight away and it picks voices up with ease.

While we’ll wait for more solid software, Instamic may be a new favorite for videographers in the Periscope era.