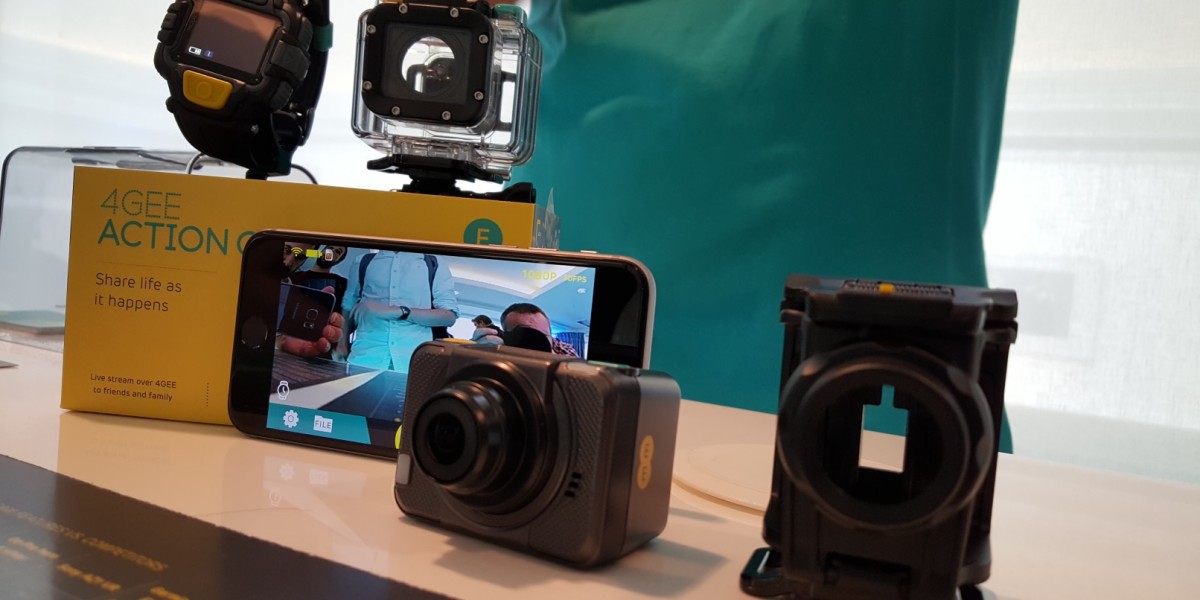 EE today announced that it will offer a 4G capable live-streaming action camera.

Images and recordings can be stored in full HD (1080p) and the unit has a 13-megapixel maximum for still shots. There’s SD card support for storage and EE says the battery will last around three hours.

You also get a watch included in the retail package that acts as a live viewfinder.

There’s both an iOS and Android app to control and view it remotely too. Live streams are broadcast directly to Skeegle, which is owned by the operator but operated as a separate unit.

The camera will be available from this summer on pay-as-you-go, contracts and shared plans, EE says. Up-front cost is £99, plus £10 per month on a shared contract, or just a straight £15 per month. Pre-orders are available from today and it should be in stores from June 16. It’ll be offered directly by the company as well as via Amazon.

The company said that by 2017, it expects to sell more connected devices than smartphones, so diversifying its retail operations to include connected items like cameras now is a smart move for the bottom line of a company about to be acquired by BT.

Since launching the service at the end of 2013, EE has expanded coverage to include 90 percent of the UK.

Read next: See every Iron Man suit from the Marvel movies in a single GIF