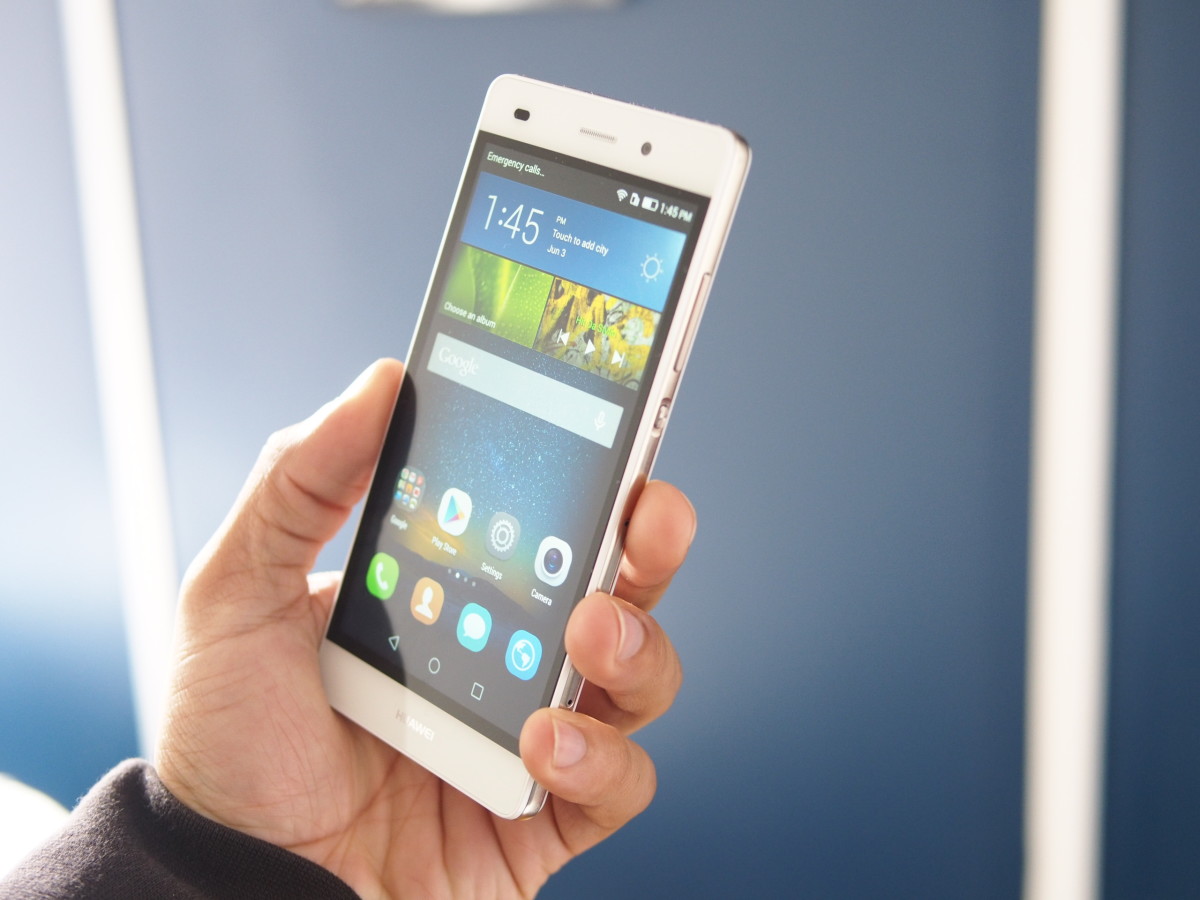 Huawei is getting serious about the US market. Like Xiaomi, Oppo and OnePlus, it’s one of several Chinese manufacturers looking to expand their global influence. Huawei taking a bit of an unorthodox approach to it, however.

Rather than selling a spec-driven flagship like the P8, Huawei’s going after an increasingly competitive midrange market with the P8 Lite, going on sale today for $249 unlocked. It’s selling on Amazon.com and Huawei.com first, and will hit physical retailers like Best Buy “soon.” To compete with carrier subsidies, Huawei is providing up to twelve-month financing via Affirm as well.

You get a respectable set of innards for the price. It’s powered by the octa-core Snapdragon 615 clocked at 1.5Ghz, comes loaded with 2GB of RAM and provides 16GB of mercifully expandable storage. The microSD card slot also doubles as a second SIM card port – both of which are LTE-capable.

Imaging wise – there’s a 13MP shooter on the back a 5MP module on the front. No optical image stabilization or other fancy hardware, but photos in a dimly lit conference room looked surprisingly clean; Huawei says that’s thanks to multi-shot noise-reduction. And of course, there’s a beauty mode to keep your skin looking smooth (or plasticky).

You’ll be viewing those pictures on a Gorilla Glass 3 panel with a resolution of “only” 1280×720, but at a relatively small 5-inch screen size (remember when that was considered was huge?), the display comes in at 293 ppi. That’s nearly “Retina-class” and in my brief time with the phone, it looked reasonably sharp with well-controlled colors.

Besides, the lower resolution probably helps offload some processing power. The phone felt snappy, and we’ve previously found Huawei’s Emotion UI to be relatively light. We’re thankfully in an era where you don’t need the latest and greatest specs for a phone to perform well.

As for battery life, the P8 Lite comes with a 2200 mAh unit; that’s small by today’s standards, but we’re also dealing with a 720p display and a midrange processor, so we’ll see how it holds up in the real world. Huawei rates it at 11 hours of talk-time.

Design-wise, it looks a lot like a smaller, version of the flagship P8. That’s not say it’s bad though. The frame around the sides of the phones remains metal (with an ever so slight goldish tint on my white model), the volume rocker and a power button are refreshingly clicky, and the bezels are quite small.

It fits a 5-inch panel into a body a fair bit smaller than the HTC One M8, and the smaller bottom bezel in particular means it’s pretty easy to reach up for the notification bar – the litmus test for one-handed usability on Android.

My one complaint is the faux-brushed metal texture on the back. It’s not particularly garish or conspicuous, but at first glance, I think the phone would be better off without it. Still, at least it’s pretty grippy and helps keep the phone light.

It’s hard to say how much Huawei will be able to dig into the US market with a budget model – especially without selling it through phone carriers – but at least it looks like a solid offering so far if you don’t want to destroy your wallet on a new phone. Stay tuned for our full review soon.