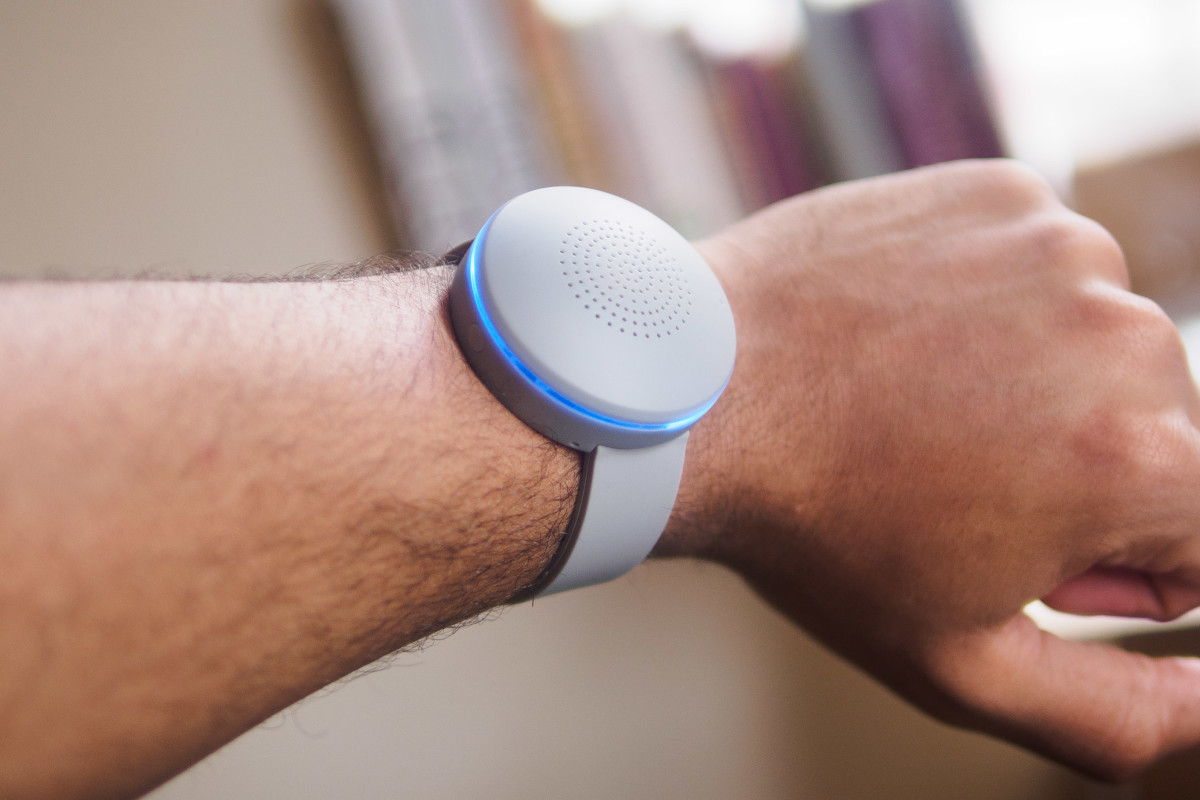 The WristBoom is a $49 Bluetooth speaker you strap on like a watch. That’s the basic pitch Bigr is selling on the Indiegogo campaign they launched yesterday, albeit with a promotional price of $20 to start. At first glance, it looks like just another vain attempt to jump on the wearables bandwagon, but trying one out myself, it’s actually quite good.

The speaker is housed in a nondescript plastic shell, and comes in black, blue, grey, green and red. My grey model came with a matching latex strap which felt soft and comfortable on my wrist. It’s pretty large – don’t expect it to casually fit under your shirt’s sleeve or otherwise be inconspicuous, but at least it’s surprisingly lightweight.

The biggest surprise, however, is that it actually sounds kind of great. Or about as good as you can expect from something small enough to be worn on your wrist.

There isn’t a ton bass thump, but that’s nearly impossible with a speaker so small. What it does do is provide a solid and weighty midrange, and a treble that avoids sounding tinny. For more technically-minded audiophiles, the speaker is rated at 4 Ohms and 2 Watts, with a frequency response of 60 hz to 20,000 khz.

It also easily gets loud enough to fill a fairly large space – I could hear it throughout my entire apartment – and there was no distortion at maximum volume. Connection was as quick and easy as any Bluetooth device, and I never had issues with the link dropping.

There are some caveats, however. Mainly, there are no music controls – not even play/pause – so you’ll have to do everything from your phone. I can’t see why the On/Off button couldn’t simply be re-purposed for that function; you have to hold the button to shut the device off, so a single quick tap seems like the obvious candidate for pausing.

At least it also works as a speakerphone for your voice calls, and people on the other side of the line had no trouble hearing me. The microphone has a relatively short range, so you’ll have to hold the watch up close to your face.

As for how long you’ll be able to listen to your music, battery life is rated at 4-6 hours of constant streaming, while charging it back up will take two hours.

There question remains of who actually needs a speaker on their wrist; the obvious answer is “not everyone.”

Still, it’s not too hard to imagine how some people people would find it useful. Maybe you go on bike rides and your headphones tend to fall off. Maybe you’re a dancer and you’d appreciate the extra maneuverability. Or maybe you just like the idea of sharing your music on the go instead of confining it to your ear canals – a modern mini boombox of sorts. It would certainly make you the life of a party.

Even if these don’t apply to you, the WristBoom still sounds about as good as any wireless speaker I’ve heard anywhere near its size and price. Minimal controls aside, that alone might be worth the asking price – that you can wear it is a bonus.

Bigr is looking to ship the speaker by August if it reaches its $35,000 funding goal. Though the final retail price will be $49, early adopters can currently pre-order one for $20 on the campaign.