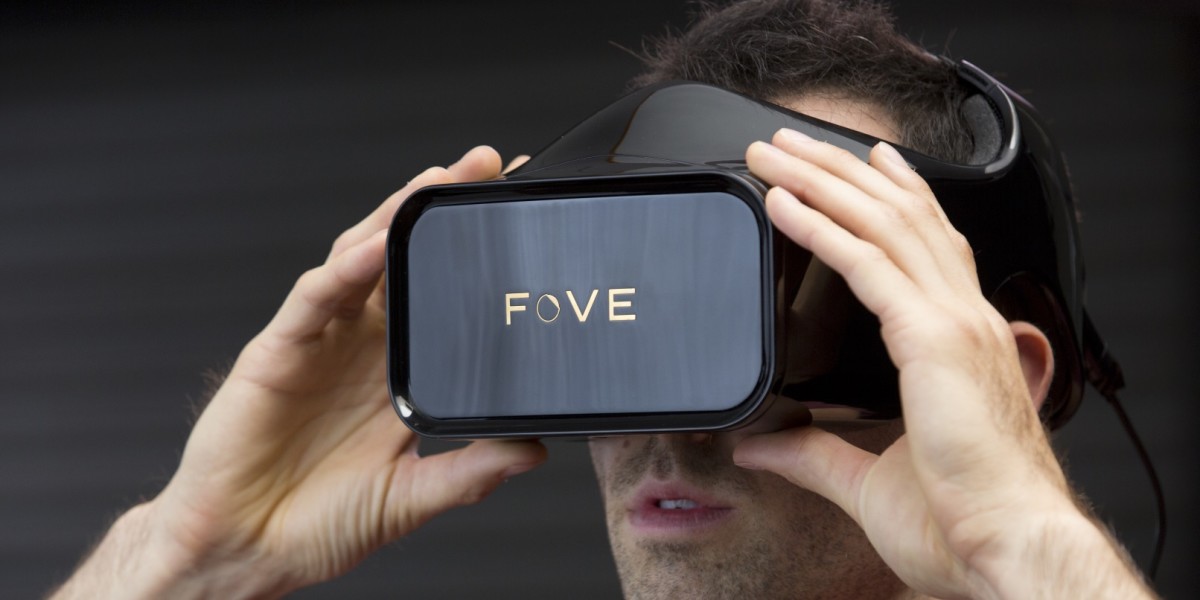 If you thought Oculus’s VR headsets, HTC’s Vive and Samsung’s VR headset would provide enough enough virtual reality excitement in 2015, then Fove’s ambition to add eye-tracking control into the mix could push you over the edge.

I actually like the idea, and had a very short play around with a prototype unit, but remain slightly unconvinced of the long-term viability.

In a nutshell, Fove is a VR headset much like others you’re familiar with – except that it has eye-tracking, whereas no others currently do.

The company says that this additional control adds to the overall immersion of the experience and is looking to raise $250,000 on Kickstarter to bring the headset to full production.

It has a 2,560 x 1,440 pixel display to allow you to explore 3D virtual worlds, with your eyes used as input controls. In the demo I tested, I shot rocks (I think) by looking at them. Despite being short, it seemed accurate and mostly recognized my gaze correctly.

In other uses, you can use the control to pick up items or interact with other characters through eye-contact.

Beyond gaming, Fove has already been used to help people with physical disabilities to play the piano, and it’s not hard to imagine how gaze-control could be useful in this or similar ways.

There are also dev-focused tiers available from $429, which include the SDK, documentation, sample software, engine plugins and access to the developer forums, plus the choice of a white or black unit after the campaign.

It’s the software side of things that’s particularly interesting here. The headset blurs the peripheral viewing areas a little to make it more like real vision, but this also has the knock-on effect of allowing more efficient rendering as a smaller total area needs to be rendered accurately.

It’s the software side of it that I also think could potentially be the company’s biggest problem – for the headset to have any shot at commercial viability, it needs content from developers. If that doesn’t happen, Fove will be another ambitious, but ultimately failed Kickstarter project. We won’t know that at the end of the campaign though.

Around six months before the first headset-only units are due to ship, the company will start its developer drive. Fove is compatible with content developed using Unity, Unreal and Cry Engine, which means only minimal porting should be required for developers to support the platform. On top of that, Fove has also done a deal with Wear VR‘s virtual reality app store.

With developer support clearly considered already, the only other potential issue – unforeseen hardware problems aside – is if Fove did see consumer support for its eye-control tech. One of the bigger players could look to incorporate similar technology – or just straight-up buy the company.

A spokesperson for the company told TNW that if the campaign isn’t successful, the company will go back to the drawing board and look at other way to bring the headset to consumers. So, as always, it’s caveat emptor for crowdfunding campaigns.

Read next: Oculus will release a consumer VR headset in early 2016

Read next: Slimvoice is a beautiful free tool for generating invoices