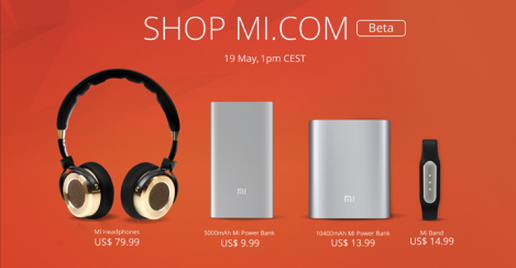 Xiaomi announced in March that it would be opening Mi Stores for the US and European markets this year and now the date has been set – May 19.

A Mi Store beta launch will go live at 1pm CEST, this Tuesday, in the UK, US, France and Germany.

Xiaomi made the announcement in a Facebook post. The company also suggested that people should set up accounts ahead of the launch in order to avoid  disappointment.

Read next: Yahoo Mail is down (again) for a lot of people *Update: It's back!*