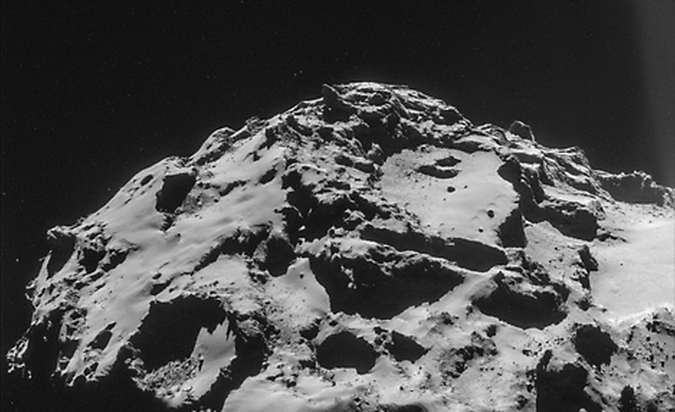 Bruce Willis is getting a bit old now, so we can’t rely on him if we find ourselves facing a massive asteroid strike. That’s where the Emergency Asteroid Defence Project (EADP) comes in.

A global initiative to develop a method of protecting our planet from extinction-level asteroid impacts, the EADP has taken to Indiegogo to crowd fund its mission.

Its initial goal is a modest $200,000, which will go towards a feasibility study into the potential effectiveness of a Hypervelocity Asteroid Intercept Vehicle (HAIV) – yes, that’s really what they call it.

The HAIV concept was developed by Iowa State University’s Asteroid Deflection Research Center. The idea is that small spacecraft would be able to deflect or disperse incoming asteroids with only a few days’ warning.

It would be a two-stage process: the front of the ship would hit the asteroid and produce a crater, the rear would then deliver a nuclear weapon into the breach, hopefully breaking the rock into small, harmless pieces.

The EADP plans to follow up its initial study with full development, construction and in-space HAIV testing, and ultimately production of several spacecraft to stand ready in case of emergency.

Small asteroids – measuring a few meters in diameter – enter the Earth’s atmosphere about once a week. The odds of a larger one making impact are harder to quantify, but an unlucky strike could lead to massive loss of life.

In 2013, a relatively small meteor – about 20 meters in diameter, weighing about 13,000 metric tons – exploded several miles about the Russian city of Chelyabinsk. More than 1,000 people were injured.

The 1908 Tunguska asteroid, which hit a remote area of Siberia, is estimated by some scholars to have struck with a force 1,000 times greater than the atomic bomb dropped on Hiroshima. It destroyed around 80 million trees across an area of 2,150 square kilometres.

With that in mind, it’s pretty easy to argue that the EADP project is slightly more worthy of crowd funding attention than a new high tech wallet or natty Apple Watch charger.

Rewards start at $1 (which gets your name added to the project’s Hall of Earth Heroes) and include a 3D printed key chain model of the HAIV for $20, the chance to send a message into space for $79, and a piece of asteroid for $139, all the way up to naming the first spacecraft for $200,000.

The Indiegogo campaign ends on July 12 and the usual caveats apply: the team may not actually succeed in building a spaceship that saves the human race from galactic extinction.

Read next: The curious online afterlife of a 20th century UFO suicide cult

Read next: The BBC is shutting down iPlayer outside the UK from May 26