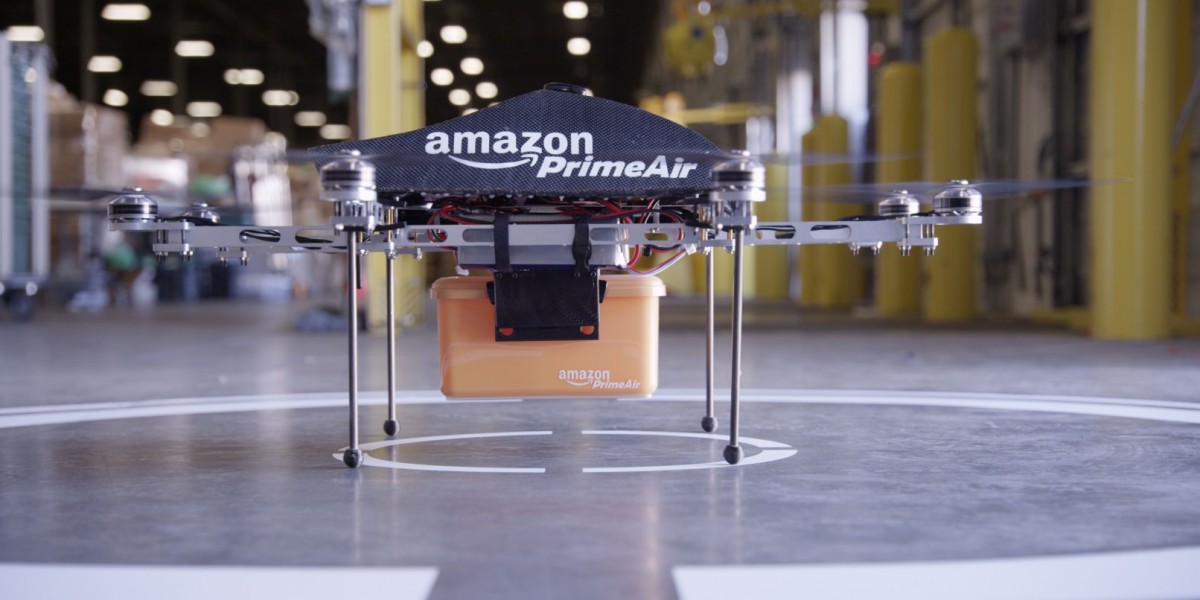 Talk of Amazon’s delivery drones scarcely goes off the boil for more than a few weeks before some new bit of news or development brings them right back into the headlines.

The problem with the whole scheme, however, is while the Federal Aviation Authority (FAA) is slowly making changes to rules concerning the use of drones in a commercial capacity, they’re not changing anywhere near fast enough to imagine Amazon drone deliveries this year or next.

Nonetheless, that doesn’t stop the company lodging new patent applications around the idea. The most recent (granted this week, despite being filed in September last year) brings the company ownership of the idea of using drones to communicate with each other about weather or traffic info at a landing zone:

“The UAV may utilize this information to plan the route from the source location to the delivery location and/or to modify the actual navigation of the route. In addition, in some implementations, the UAV may consider other environmental factors while navigating a route.

For example, if the UAV’s route must cross over a road built for automobiles, the navigation of the route may be adjusted to minimize the intersection between the UAV’s path and the road. For example, the UAV may alter its navigation such that the path of the UAV will intersect with the automobile road at an approximately perpendicular angle.”

Additionally, the patent describes a system of tracking that would pull data from a user’s smartphone to determine the best place for an item to be delivered. It also includes a mock-up order page (above), showing how a user would choose a delivery option for delivery by drone within 30 minutes:

“In some implementations, the location of the user may be maintained and updated until the item is delivered to the user […] For example, the user may place an order for an item while at home, select to have the item delivered to their current location (delivery within 30 minutes of the order) and then leave to go to their friend’s house, which is three blocks away from their home.

As the ordered item is retrieved from inventory, the current location of the user’s mobile device may be determined and the delivery location correspondingly updated. As such, the ordered item will be delivered to the user while the user is at their friend’s house, or any other location.”

While it doesn’t bring delivery of Amazon items by drone any closer in the real-world – that will require a whole lot more regulatory wrangling – it’s nice to get a better idea of the sort of options it could be planning for the future.

Let’s just hope they can stay in the air a little longer than a regular, off-the-shelf consumer drone, else they won’t get very far.

Read Next: Amazon can now legally fly its experimental delivery drones during daytime