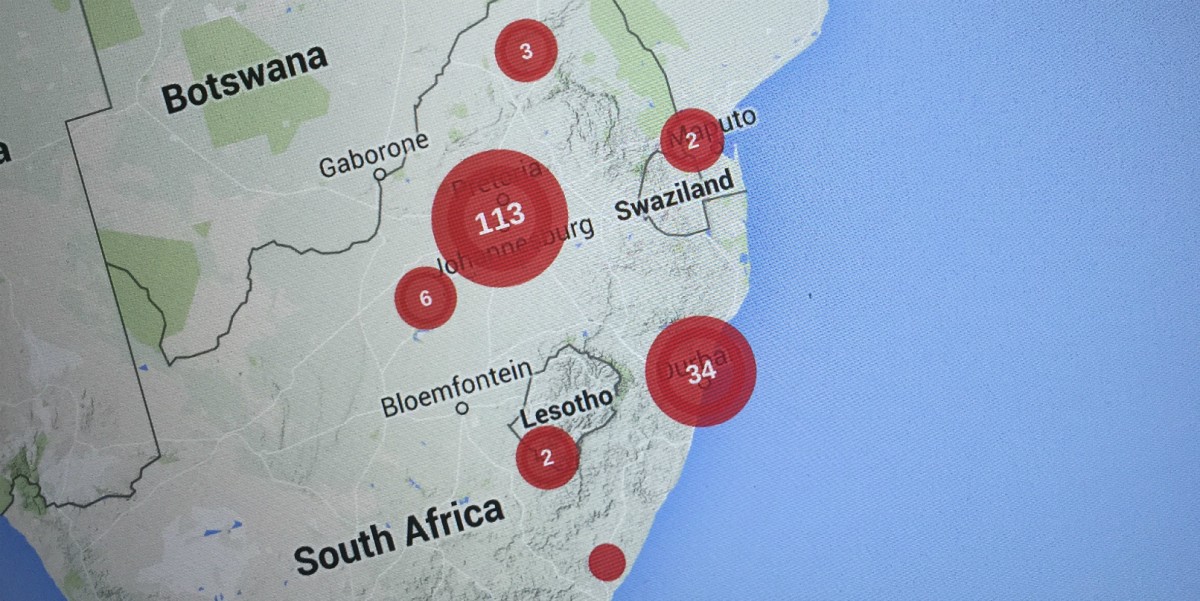 The outbreak of xenophobic violence in South Africa gave technology the opportunity to prove its worth to society in April, a month that also saw a number of moves by major players and progress towards expansion for homegrown firms.

The xenophobic violence that has swept South Africa has made the news across the world, but less publicised has been the technological response to it. iAfrikan partnered with mapping company Ushahidi to launch a tool named Report Xenophobia, a real-time mapping feature that allows people to submit reports and alerts of xenophobic incidents in their areas.

Verified reports are then placed on an interactive map allowing users to see the location of xenophobic incidents, as well as things like evacuation areas and police activity. The City of Johannesburg is also employing tech in a bid to tackle the issue, releasing an app that allows the public to report xenophobia-related incidents via mobile.

Global players ramp up their activities

A typically busy month in terms of global companies stepping up their activities in Africa, especially in the startup/SME sector. Samsung partnered with Ghanaian incubator the Meltwater Entrepreneurial School of Technology (MEST), saying it aimed to provide more opportunities, resources and tools to West African entrepreneurs. Samsung will be involved from the early stages of the MEST incubation process, while it will also have the opportunity to invest in MEST companies.

Microsoft had another busy month as well, launching online portal Biz4Afrika, which looks to provide SMEs with access to information and an online community for entrepreneurs. The company also announced a partnership with Kenya’s ICT Authority, with the arrangement looking to bring 10,000 SMEs online within three years, train 50,000 working professionals in ICT, and distribute 1.2 million devices to schools by 2016.

In mobile money, telecoms giants MTN and Vodafone signed an interconnect deal in East Africa, meaning customers of MTN’s Mobile Money and Vodacom’s M-Pesa in the region will be able to transfer money to each other. In digital music, Netflix made its first inroads into Africa, signing a deal with Nigerian company iROKOtv to allow it to curate African movies on its streaming service. In an altogether quieter revelation, an article by TechCentral said Apple had quietly re-established a South African office, which it has not had since 1999.

Investment funds are increasingly available for African tech startups, with Abraaj and Hatcher making money available in April. There were a couple of sizeable Africa-related funding rounds, but nothing to compare with previous months.

One Africa Media (OAM) pushed up its ownership share in Nigerian jobs site Jobberman to 100 percent after Australia-based Seek invested an additional US$10 million into OAM, while classifieds platform Kerawa.com raised US$200,000 to launch in Cameroon, Ivory Coast and the Democratic Republic of Congo (DRC). Kenya’s JamboPay, meanwhile, is also plotting African expansion this year.

Expansion was more the name of the game than funding in April, though many African startups are looking for funding to facilitate that expansion. One such is Kenya’s Totohealth, an SMS-based maternity information service, which is seeking US$300,000 to expand into other African countries. Others are further along in the process.

Developer skills training startup Andela has opened applications for its programmes in Kenya, Ghana and South Africa, while crowdfunding startup M-Changa will expand beyond Kenya to Tanzania in June.

African tech companies and entrepreneurs have begun to get some serious recognition from outside the continent. Kenyan companies were particularly well received in April, with Chura making it to the final of the Royal Academy of Engineering Africa Prize for Engineering Innovation competition, and Valuraha CEO Wangechi Mwangi winning a Global Social Impact Award.

Meanwhile, the World Wildlife Fund awarded funding to three South African startups providing solutions in climate innovation, African tech companies were among the winners in the Making All Voices Count competition, Kenya’s Strauss Energy was named People’s Choice at the global 1776 challenges, and Egyptian and Moroccan teams were among the winners in a Middle Eastern startups competition organised by mobile operator Zain.

An increasing number of incubator and accelerators