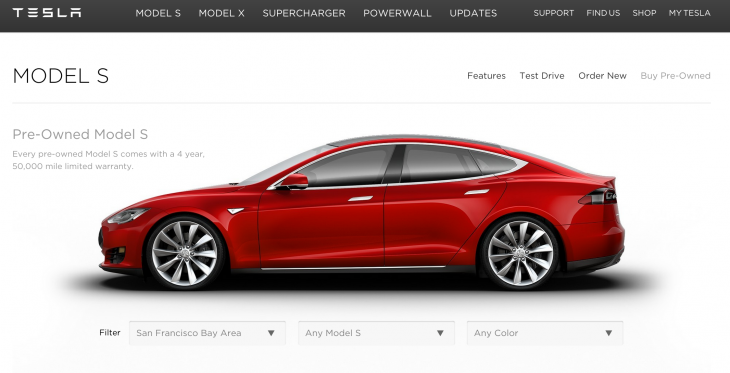 Want to own a Tesla electric vehicle but can’t afford to buy a brand new one? With Tesla Motors’ new online marketplace for used cars, now you might be able to.

It’s still not a cheap investment by any stretch of the imagination, but if you’re itching to have your very own Tesla, at least now you can save several thousand dollars off the super fancy toy.

Or, you know, buy a Tesla Powerwall instead. Still a Tesla, right?

Read next: How to Be As Great As Elon Musk: Advice from His Ex-wife