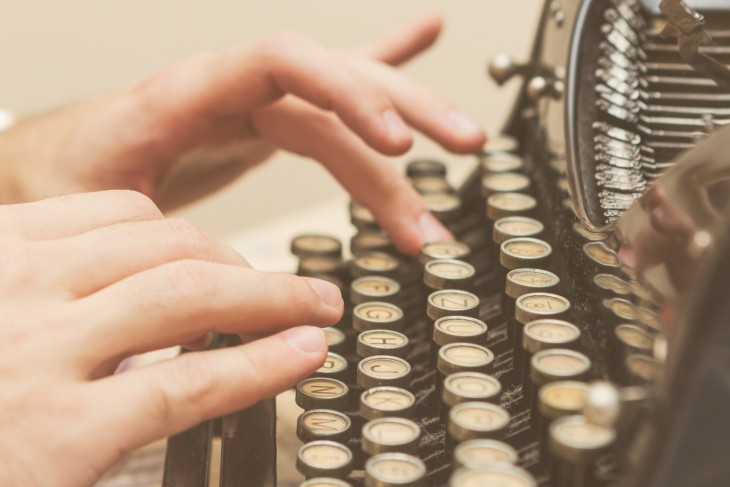 Podcasts are blowing up, great stories are reaching more people than ever, people are paying for content, and the modern web is giving the world a better platform to tell stories than the world has ever seen.

The age of wisdom

We have the entire world’s knowledge bank at our fingertips 24–7. If you ask me who the first American daredevil was, I can pull up Sam Patch’s name in five seconds.

Fifty years ago the number of journalists whose work an individual could access on a daily basis was in the hundreds or thousands at best. Today it’s in the tens of millions. A reporter for a local paper in Guam could write a story that gets read by ten thousand people in Auckland.

Our access to knowledge and stories has never been greater, and it’s growing every day.

The age of foolishness

“21 things only a 90s kid can appreciate” will probably get 50 times more traffic than a post about climate change or political corruption.

Inflammatory or malicious stories on all sides of the political spectrum can take off just as easily as a viral listicle.

The epoch of belief

The internet is an army of sleuths attacking every claim to find holes. Fact-checking has never been stronger.

No stone is left unturned, and when false facts are presented, the truth tends to emerge more often. (see: Rolling Stone)

In many ways, the truth has never in history had a better chance of emerging than it does today.

The epoch of incredulity

At the same time, anyone can publish anything, any time. “I read it on the internet” can sometimes be synonymous with “it’s not true.”

Whether a reliable news source, Wikipedia, a place like Medium, or a random Tweet — anything you read might have been published at the press of a button haphazardly or even maliciously.

The season of Light, the spring of hope

Jon Stewart, Stephen Colbert and John Oliver have taken news satire to a level nobody knew possible — a level where they are actually getting important news into the minds of the populace. Take for example John Oliver’s fantastic interview with Edward Snowden. (We can talk about bias and the dangers of comedy as news, but some of this is indisputably hard-hitting)

BuzzFeed is figuring out how to blend moneymaking fluff with compelling journalism, and they’re doing it all with a deep understanding of the internet and the way it operates. “BuzzFeed is the rare example of a news organization that changes the way the news industry works.”

Serial, Gimlet Media, NPR, and others are taking the old medium of audio and telling stories in brand new ways that are fascinating and engaging.

The Economist and others are taking a fresh (and increasingly self-aware) look at monetization models for news.

Technology has become far more than a distribution channel for journalism — reporters are using sensors and satellites and interactive storytelling is finally really working.

Billionaires are getting into the news business.

The season of Darkness, the winter of despair

Billionaires are getting into the news business. (hard to say if this should be in this section or the one above)

Advertising accounts for two thirds of the industry’s revenue, and advertising is never going to pay for great journalism.

Amazing publications small and large are still shutting down or shrinking their business. (The Bold Italic was a particularly surprising, sad one)

From the aforementioned piece by Felix Salmon:

On the other hand, if you’re more career-oriented, and want a good chance at a well-paid middle-class lifestyle down the road, I don’t really know what to tell you. Except that the chances of getting there, if you enter the journalism profession today, have probably never been lower.

With a message like this, it’s hard imagine the industry won’t lose at least a few bright recruits to Hollywood or the tech industry.

We have everything before us

It’s easier to reach millions of people than ever, and great stories are doing just that.

While a post on BuzzFeed or The New York Times is far likelier to get 5 million hits, a post on your personal blog can still accomplish that. It could hit the front page of Reddit or get shared tens of thousands of times on Facebook or get syndicated by a big publication.

Storytellers today have the best tools, the best distribution channels, and the largest audience in history.

We have nothing before us

We don’t know what’s going to happen. The business of news is not finished changing, and companies are going to fail, jobs are going to disappear, attention spans are going to get shorter and advertising revenue will drop.

In short, this period can be described in the superlative degree of comparison only.

Interested in great storytelling? Subscribe to ReadThisThing to get one great story in your inbox each day.

Read Next: How being unprofessional increases employee engagement

Read next: Inside TNW's new design: A look at our new 'cover'