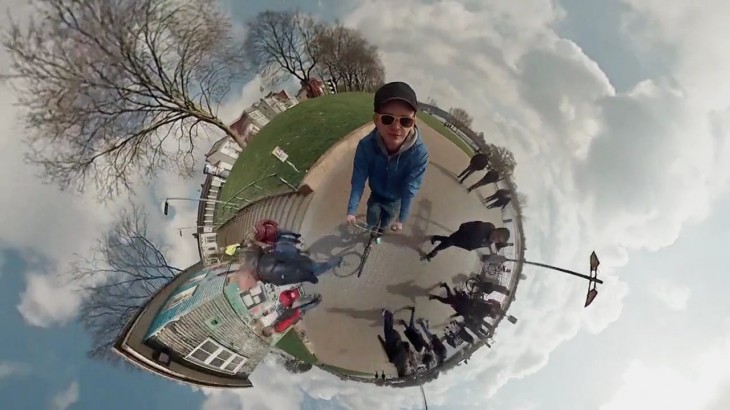 It’s been a few years since GoPro announced a major acquisition, but today that changes with its purchase of Kolor, a French virtual reality company specializing in capturing and sharing “spherical media.”

The acquisition takes extreme action videos to the next level, turning GoPro videos into a 360-degree motion capture experience. Previously, photographers were only able to do so using six GoPros simultaneously.

Along with the announcement, GoPro also released an interactive YouTube clip that allows users to drag and explore the video, viewing from any variety of angles. The video, of course, is available in 4K (but not slo-mo!)

Terms of the deal were not disclosed and purchase sum was not disclosed. GoPro does say it aims to work with the Kolor to “transport an audience to another time and space,” so best prepare your vomit bags if you’re sensitive to motion.

➤ GoPro To Acquire Kolor, A Leader In Virtual Reality and Spherical Media Solutions