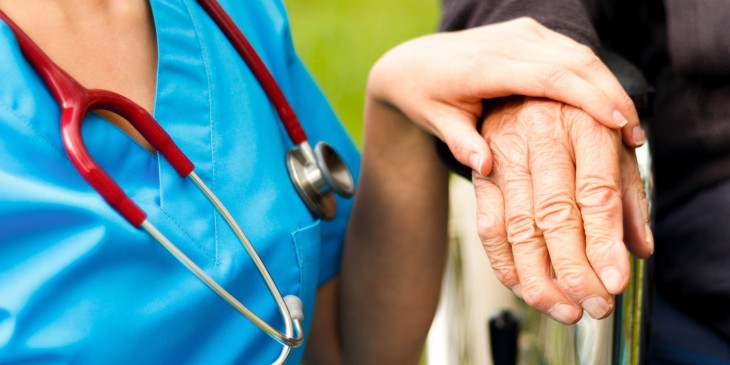 Robert J. Szczerba is the CEO of X Tech Ventures, an innovative company focused on solving some of today’s most challenging problems through the integration of technologies from multiple, diverse domains. This post originally appeared on Forbes.

Regardless of your political persuasion, there are some facts about the healthcare industry that are not well known to the general public but are key to the realization that the system is broken and that change is desperately needed. Most healthcare organizations are staffed with caring, well-intentioned professionals. However, despite the positive qualities of the individuals involved, the U.S. healthcare system itself is full of preventable harm and excessive waste, which makes the hospital a potentially dangerous place to visit.

The facts below provide a high-level glimpse into an industry that impacts all of us at one time or another.

1. Up to 400,000 people are killed each year due to preventable medical errors

A new study recently released by the Journal of Patient Safety indicates that between 210,000 and 400,000 hospital patients each year suffer some type of preventable harm that contributes to their death. This new study estimates preventable medical errors are the third leading cause of death in America, behind heart disease (1st) and cancer (2nd).

A 2011 Institute of Medicine (IOM) study, “The Healthcare Imperative: Lowering Costs and Improving Outcomes,” indicated that of the $2.5 trillion spent on domestic healthcare costs in 2009, $765 billion (or 30%) was attributable to preventable costs. These costs include fraud, unnecessary services, inefficiently delivered services, and excessive administration costs. At the current growth rate, healthcare costs are expected to skyrocket to an unsustainable $4.5 trillion in 2019.

3. 33 percent of hospital patients suffer some form of preventable harm during their hospital stay

A 2012 IOM study, entitled “Best Care at Lower Cost,” reported that 1/3 of hospital patients experienced some form of Hospital Acquired Conditions (HACs), ranging from minor injuries to death. Put that in the context of another consumer product. If your iPhone gave you a harmful shock one out of every three times that you checked your e-mail, would Apple stay in business?

4. 58 percent of clinicians felt unsafe about speaking up about a problem they observed or were unable to get others to listen

This statistic first appeared in a 2005 report by VitalSmarts and the American Association of Critical-Care Nurses (AACN) called “Silence Kills.” The report also found that “84 percent of doctors observed colleagues who took dangerous shortcuts when caring for patients and 88 percent worked with people who showed poor clinical judgment.” These stats are startling in and of themselves, but the most worrisome item in the report was that, “despite the risks to patients, less than 10 percent of physicians, nurses, and other clinical staff directly confronted their colleagues about their concerns.”

According to a 1995 article from the Journal of Critical Care Medicine, intensive care unit (ICU) patients experienced, on average, 1.7 medical errors per day. The study concluded that the main reason for the errors was significant communication failure between clinicians. While the study is one of the older ones cited in this column, most clinicians believe that this disturbing statistic is still valid today.

6. 92 percent of U.S. physicians admitted to making some medical decisions based on avoiding lawsuits

This startling statistic came from a 2010 Jackson Healthcare study on defensive medicine. The study also found that clinicians from other countries, including New Zealand, Canada, the United Kingdom, and Sweden did not report any ordering of unnecessary tests, treatments, or consultations to avoid lawsuits.

Being able to accurately report preventable errors and waste in the closed culture of the healthcare industry is obviously a difficult challenge. The studies that generated these statistics certainly aren’t without their own controversies. Some may argue that the real numbers are impossible to accurately determine or that the reported data is either over- or under-estimated.

Regardless of the methodologies used, when you look at these reports in totality, there is too much information to ignore. To put it bluntly, too many people are suffering preventable harm and the skyrocketing costs are not proportional with the quality of care being provided. Altering this paradigm should be our primary concern.

The only thing more frightening than the list above is imagining what the numbers will be like ten years from now if we don’t fundamentally change the system.

Read Next: How Copper Is Revolutionising Hospital Healthcare