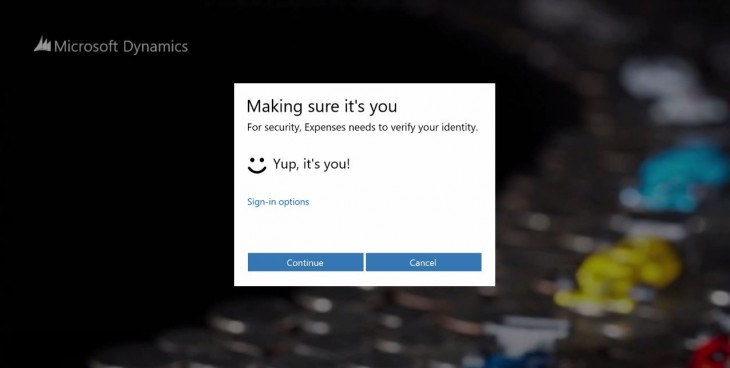 Passwords are so old-school. Microsoft seems to think so at least, with the annoncement of a new sign-in system for Windows 10 called Windows Hello.

Hello lets you sign in by scanning your face, iris or fingerprint instead of an old-school password or PIN system.

If your device already has a fingerprint scanner, it will be compatible with Hello. Face and iris recognition are different however –  it’s not just a simple image scanner that could be fooled by a picture of you, according to the company. These will require special infrared hardware and software to recognize you in various lighting conditions.

While face scans and fingerprint recognition aren’t terribly new – Android and iOS have supported these for a while, among others – Microsoft’s clearly serious about making them more commonplace on both mobile and desktop, and says Hello offers enterprise-grade security that will meet some of the strictest security requirements out there in government, defense and finance fields.

Iris recognition on a consumer platform would certainly stand out too. You will also feel like a spy, so points for that.

Read next: Flashgap won't let you see photos from your night out until midday the following day