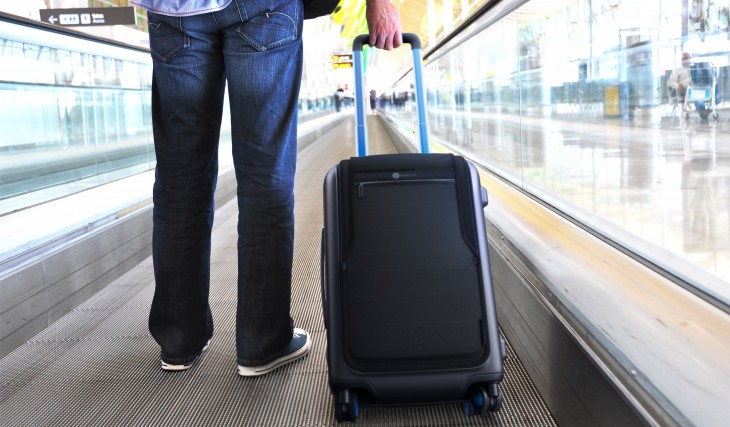 Smart luggage startup Bluesmart has partnered with Uber to offer new features to its clients, the two companies announced today. The partnership’s key service is a ‘lost luggage recovery concierge’ that will make it easier for Bluesmart owners to reunite with their suitcase if it goes astray.

In practical terms, a user who has been notified that the airline has found their missing luggage will be able to use Bluesmart’s app to request a pickup. A Uber driver will be in charge of collecting the carry-on at the airport and deliver it to the user’s home or hotel as soon as possible. The user will be also able to follow their suitcase’s itinerary during the process, thanks to its integrated GPS-enabled tracker.

Interestingly, the service will be provided at no additional cost besides the ride itself, despite the fast that Bluesmart’s staff will work with the airline in order to confirm ownership of the bags. However, it will be ‘initially only available in the US’ — a phrasing that suggests that an expansion is not out of the picture.

Bluesmart is also planning to add a location-enabled “Request an Uber” feature to its upcoming app. Once in place, it will use the suitcase’s GPS tracker to detect that its owner has landed in an airport. If so, it will automatically start searching for available cars nearby and ask the user if they want an Uber ordered for them. A positive answer from them will prompt Bluesmart to confirm the booking through Uber’s API.

Both companies will offer a promotional launch gift to Bluesmart clients, which will get one free Uber ride to the airport through a time-limited discount code. This could help Uber acquire new users, and takes advantage of the fact that its targets a similar audience, which values connectivity and convenience. 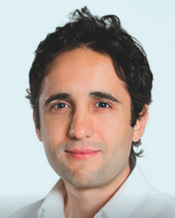 “Our mission at Bluesmart is to empower travelers and make the planet a smarter and more connected place. We are very excited to announce this partnership with Uber, a company that shares our mission. With this partnership we hope to reduce the hassle that travelers experience when airlines lose their luggage. We believe that technology should make our lives easier and that is the goal of this collaboration,” said Bluesmart’s co-­founder and CEO Diego Saez-­Gil.

As you may remember, Bluesmart announced a few weeks ago that its crowdfunding had raised more than $2 million in pre-orders. It now has over 10,000 backers, and expects to start delivering its first connected suitcases later this year. In the meantime, its team is taking part in Y Combinator‘s acceleration program, whose next Demo Day will take place later this month.

High on the heels of the momentum it all created, Bluesmart has been actively seeking and securing partnerships with a wide range of fairly large corporations. As we reported, the startup announced during Mobile World Congress that Spanish carrier Telefónica will be powering its suitcase’s connectivity and location-tracking abilities. In addition, it recently unveiled a partnership with Spanish airline Vueling, whose clients will get access to exclusive discounts.

As for Uber, it already made it clear that it wants to be much more than a car service. As a matter of fact, its food delivery service UberEATS rolled out in Barcelona last month, following the earlier launch of UberFRESH in Santa Monica, CA. Delivery aside, concierge-style services seem to be a natural extension of its initial core business, and it will be interesting to see what comes next.