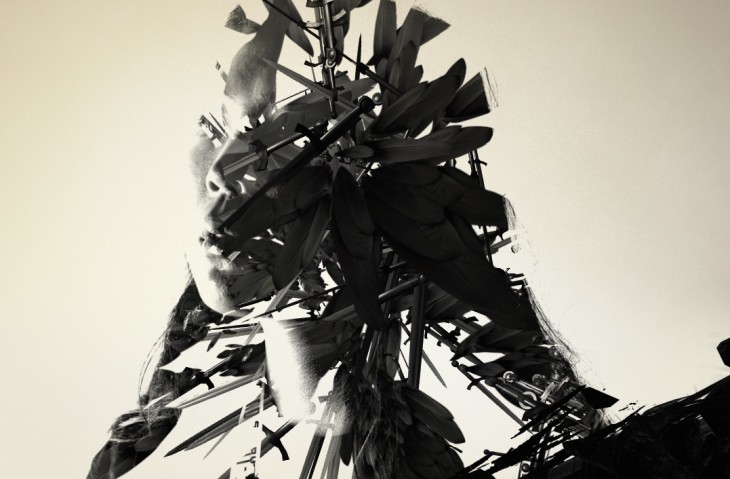 There’s no shortage of gimmick at South by Southwest 2015, but at the Game of Thrones warehouse playfully dubbed SXSWesteros, attendees can take a walk in Arya Stark’s shoes by training to sword fight. Well, a wooden one, at least.

At this year’s SXSW, fans (badge or no badge) can come in for a GoT-style portrait and enter an interactive stage where a Bluetooth and sensors-equipped sword is ready for your combat. Before you is a giant screen of your photo, and several sphere targets will appear intermittently. The experience is a throwback to Arya’s sword training in season one of the show, allowing you to hack and slash your way to reveal a custom poster for your social sharing pleasure.

Inside the wooden sword are accelerometers and gyroscopes that recognize when the sword is swung, shattering the digital targets based on the power of the “attacks.” As the spheres disappear, various GoT artifacts emerge – such as feathers, antlers, tree branches and, of course, swords.

You get about two to three minutes to break as many targets as possible (or as little as you want, depending on how you’d like to stylize the poster). The more targets you destroy, the more imagery appears.

HBO partnered with Brooklyn-based creative agency Red Paper Heart to design the experience,which they hope will generate buzz just in time for the upcoming premier of the show’s fifth season.

The team put together the project in about seven weeks, Red Paper Heart told us. The project appears to be independent of Apple’s recent announcement of its exclusive HBO Now offering on the Apple TV.

Given that the actual throne has been at SXSW nearly every year since the show’s inception, the SXSWesteros sword training interactive photo booth is a unique experience to offer fans this time around, putting them into the heart of what it’s like to be a Westeros warrior.

SXSWesteros is open to the public on East 5th and Lavaca in Austin, TX between today and Monday, March 16.

Read next: Square is shutting down its Order food pickup service