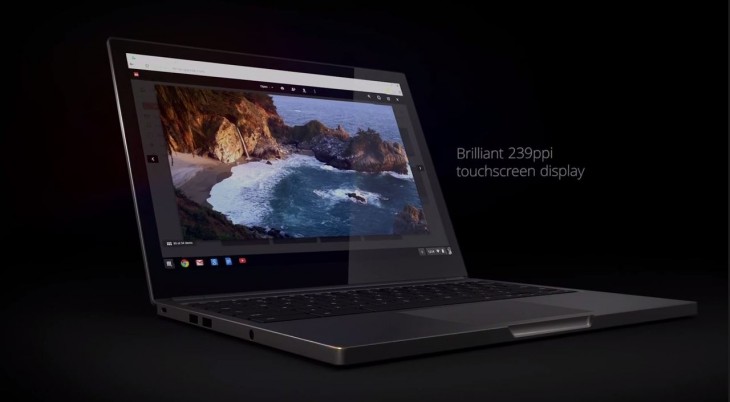 Google’s Chromebook Pixel was a peculiar experiment when announced two years ago. On the one hand it had awesome hardware; on the other, its price seemed too high for what Chrome OS could offer.

Now Google is launching a quicker, cheaper Chromebook for $999. It features a similar all-metal design to the previous iteration, but this time comes with a Core i5 processor, 8GB of RAM, and a (still tiny) 32GB SSD.

It’s still way more expensive than pretty much every other Chromebook out there, but there isn’t anything else comparable.

The screen, meanwhile, remains largely unchanged from last year. Not that that’s a bad thing: it’s a 2560 x 1700 display with a rare 3:2 aspect ratio, and is still touch-sensitive.

The laptop features USB-C connectivity, which like on the new MacBook, takes care of charging, data and video functions (more on what USB-C can do here). Google does the unthinkable, however, and includes two ports.

Despite all that newfound power and crazy display, Google is claiming 12 hours of battery for average use at medium brightness. When you do need to recharge, the laptop will take advantage of USB-C’s high power delivery to provide 2 hours of battery life in 15 minutes of charge time.

Google is selling the Pixel from a new online Google Store, where it’s selling all sorts of branded products. The online store arrives concurrently with the company’s first physical store, unveiled in London earlier today.

The revamped Pixel is available for purchase in the US right now.

Read next: Google launches new store for 'Made with Google' hardware