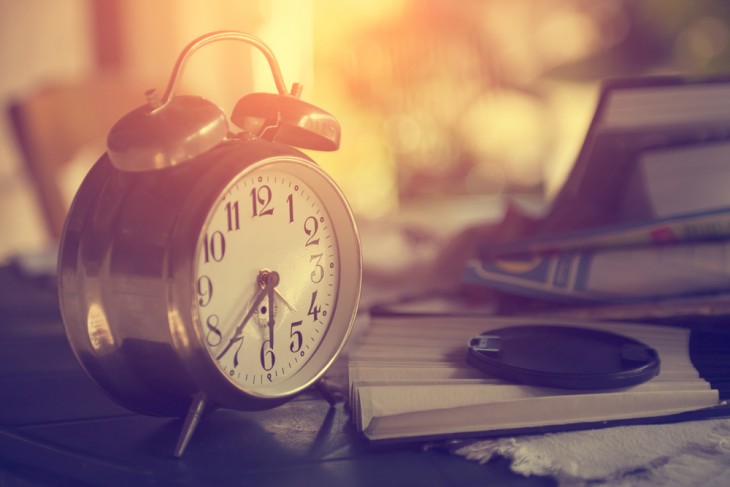 This is going to sound crazy, but I actually managed to increase my productivity significantly by changing a single obscure setting on my Mac.

There’s a setting buried inside System Preferences under Date & Time on OS X that makes your computer audibly read out the time every hour (or more frequently).

Turn this on and you’ll start getting an almost-human voice barking the time at you from your computer on a regular basis (you can do this on Windows too, but it’s a little more complicated to get set up).

Even though that sounds stupid and like something you might not want, it actually made me far more aware of how I was spending my time and how far through the day I was.

Consider this; it’s easy when you’re a knowledge worker to stare into your screen for much of the day before suddenly realizing you haven’t achieved much when 5 PM rolls around.

When your computer is audibly saying the time to you, it’s a regular reminder to get back to work. And it actually works. This ridiculous trick has actually made me write more consistently throughout the day and has reduced my time spent on distractions; I’m now more aware of where the time goes, as opposed to just letting it slip away.

There’s a few caveats with this weird productivity hack. You need to stick with it for the first few days, even if it gives  you a fright every single time it reads it out. Eventually, it becomes normal (and even useful) after a couple of days.

There’s also no way to selectively disable the setting based on the time of day that I know of (other than via something separate like this Chrome extension), which can make it a little awkward if you leave your headphones unplugged and your computer starts barking the time in the middle of the night or during a movie, leaving you with some explaining to do.

Try it for yourself for a few days and let us know in the comments if it helped you!