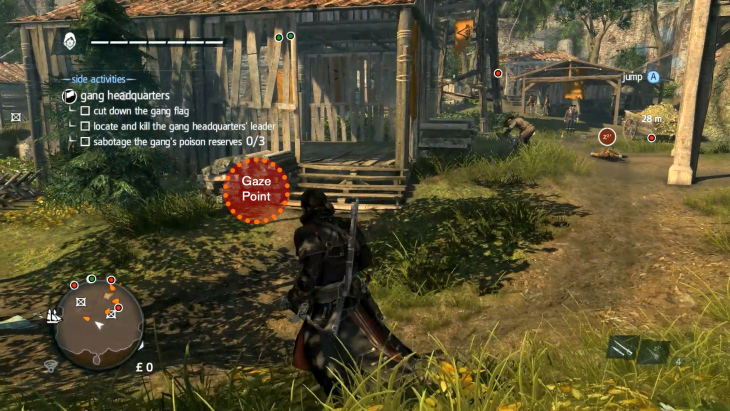 If you play latest instalment of the Assassin’s Creed franchise on PC, you’ll get the option of controlling it in a new way – with your eyes. Ubisoft has partnered with Tobii Tech, to incorporate eye-tracking into Assassin’s Creed Rogue.

To take advantage of the option, you’ll need to buy a SteelSeries Sentry gaming eye tracker for $200. The good news is you’ll get Assassin’s Creed Rogue bundled in for free when it ships in March.

Introducing eye-tracking into the mix doesn’t mean keyboard and mouse control are out. Instead, it means the player’s gaze and that of the game’s protagonist Shay Patrick Cormac are the same. Where you look, Cormac will look. The game will auto-pan with the movement of your eyes as well as pausing when you look away from the screen.

Ubisoft used the Tobii EyeX Dev Kit to implement and test eye-tracking in the game. It says the process took just nine days to achieve.

Tobii is working with a range of other developers from indies to big studios, so Assassin’s Creed won’t be the only major title to take advantage of the technology. You can check out other games that have implemented the technology at Tobii Arcade.