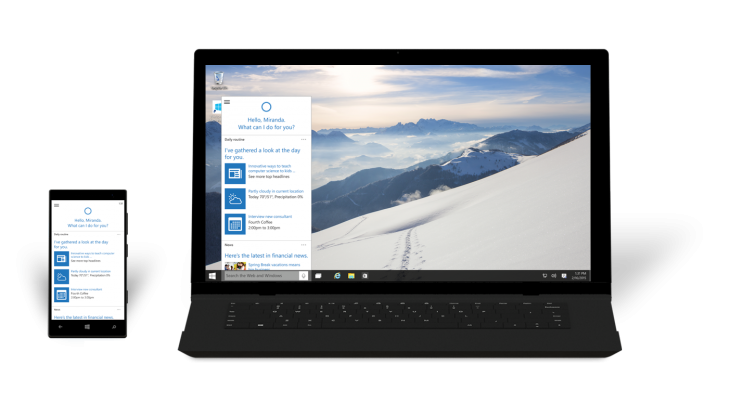 After its long Wednesday event, many felt Microsoft was finally about to deliver the Windows we’ve been waiting for… except you couldn’t download the updated public beta yet. Well you can relax: the newest Windows 10 preview is now available for download.

This build of Windows 10 includes some of the new features Microsoft unveiled on Wednesday, including the Cortana virtual assistant, an improved Start Menu, new Settings, Photos, Maps and Windows Store apps, as well as the new Xbox app. That said, you can’t stream games from your console yet.

Those already on a previous build of the operating system only need run an update, but if you’re new to the Windows 10 party, you can simply sign up for the Windows Insider program and upgrade to the OS by following Microsoft’s instructions.

Alternatively, you can download the ISO files, although you’ll still need to be signed up for the Insider program with a Microsoft account before you can access them.

Keep in mind this is just for the desktop build of Windows 10; a preview for phones and small tablets is slated to arrive in February. For more on what’s coming with Windows 10, check out our coverage of Microsoft’s recent event.

Read next: Dropbox’s most-requested feature: The ability to sync folders outside of Dropbox, probably won't happen