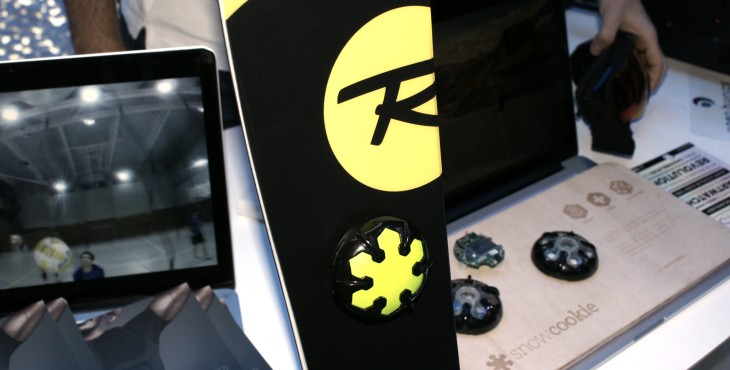 Part of the joy of skiing is perfecting your downhill form. Unfortunately, that usually involves a very expensive private lesson with video showing you all the things you’ve done wrong after the fact. Snowcookie can give you that information while you’re actually on the slopes.

The Snowcookie system involves two sensors placed on your skis and placing your iPhone with the installed companion app towards the middle of your chest. Founder and CEO Martin Kawalski says that putting your phone in a front pocket will suffice.

Once you get the system set up it tracks your skis and your body position and gives you dynamic feedback via your headphones. The company is also working on an app for the Recon HUD goggles for the ultimate on-slope data for hard-core skiers.

The sensors work on the Intel Edison platform and Snowcookie was part of Intel’s Make it Wearable competition, which the selfie-taking drone the Nixie won.

The Snowcookie isn’t for sale yet, but you can sign up on the site to be one the first to try it out.

Read next: The best and worst ways to get around CES