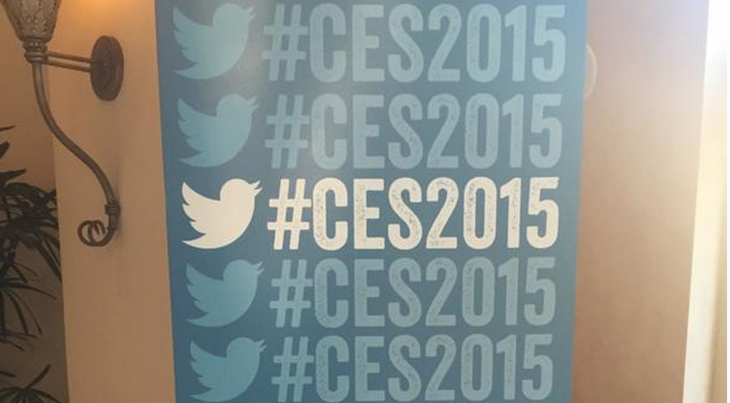 Since CES technically begins tomorrow and today is just Press Day here in Las Vegas, Day Zero has officially come to an end at the 2015 Consumer Electronics Show. This year, your intrepid TNW reporters on the scene are Roberto Baldwin, Napier Lopez and yours truly.

With so much happening in Vegas and only three of us on the ground, we’ll be doing daily recaps of our journey through the show floors to bring you news, updates, sights and sceneries here in Sin City.

Samsung is a company that creates a diverse range of products, and based on its press conference today, it aimed to showcase nearly all of it at CES. From curved PC monitors and Tizen-powered SUHD TV lineups to Milk VR and yes, even washing machines, there’s just about everything for everyone.

What exactly does SUHD mean and is it different than Ultra HD? Well, yes and no. SUHD, UHD and 4K are all fairly interchangeable in consumer-speak. The only difference in the Samsung-branded SUHD is that the company claims this type of display uses “quantum-dot technology” for improved colors and brightness.

The company also unveiled the 4K Joey, a set-top box that will deliver 4K content to any Ultra HD television. The device comes with a new Hopper Voice Remote that supports, you guessed it, voice commands. It’ll also have a touchpad that lets you swipe and scroll through the menu, and reveals backlit numbers when they’re needed.

But wait – are you ready for even more 4K? Today, Sharp showed off its AQUOS Beyond 4K UHD TV that goes beyond 4K with 66 million subpixels. The all-new set comes with Android TV while sporting a super sleek and thin body.

Sony announced some new Bravia lineups as well, all of which will run Android TV. It also began the conference with a quick nod to the infamous cyberattack, noting that “freedom of speech” is quite important to the company. We’ll let you sort that one over with the President, Sony.

Lastly, if you’re a big fan of Netflix and also in the market for a new TV, the company has unveiled its seal of approval system for televisions that are optimized for the streaming service. Netflix-approved TV manufacturers include Sony, Sharp, LG and Vizio.

As we anticipated, LG today officially announced the LG G Flex 2, the company’s latest flagship curved display smartphone. The second-generation Flex shrunk from a 6-inch screen to a 5.5 inch-screen, but has been treated with more protective coating to enhance durability. It’s also got Qualcomm’s 64-bit Snapdragon 810 processor, 2GB of RAM and support for LTE Category 6.

Another smartphone buzzed about today is the Asus ZenFone 2 with dual-SIM functionality, quad-core Intel Atom processor and 4GB of RAM. Nothing from Samsung in this category, but with Mobile World Congress coming up, we’re not surprised it’s holding back.

Does your wrist have anymore room for wearables? If so, today, Lenovo got into the wearable game with its Vibe band, a fitness tracker and smartwatch hybrid with an E Ink display.

For those looking for watches that are slightly more traditional, Garmin also unveiled a line of smartwatches equipped with GPS, heart rate monitors and satellite imagery.

Robbie’s coming in from San Francisco, while Napier and I flew in from New York and Chicago, respectively, avoiding the east coast deep freeze. It’s a beautiful day in Vegas we spent mostly indoors! At least they gave us some turkey bacon wraps for lunch.

Robbie, meanwhile, was busy taking up a front row seat at Samsung’s event and snapping photos of, well, this.

It’s right behind you! SUHDTV is here and it won’t let anyone get in its way. #CES2015pic.twitter.com/mZZMzJkqv0 — Roberto Baldwin (@strngwys) January 5, 2015

We also checked out Mercedes-Benz concept car of the future: the F 015. The autonomous vehicle sports beautiful carbon fiber body and a bevy of futuristic tech integrations, from self-parking modes to changing LED lights to indicate to both passengers and pedestrians its paths. The future looks crazy.

The annual Digital Experience themed event decided to go totally 80s this year. There were Rubik’s Cubes and snap bracelets. Music videos from the decade that gave us day-glo and big hair played on a large screen while drones whizzed about. beyond the flashback we found some pretty cool medical technology that lets you pee on a paddle to determine your current health. There was a stroller from 4 Moms that’s basically a Transformer and a planting pot from Parrot that keeps your plants perfectly hydrated whether you’re home or not.

There were also drones and action cameras, but unfortunately nothing extreme happened. The event marks the end of pre-show floor CES.

Starting tomorrow, we’ll be on the show floor bringing you the best and weirdest tech in the world. Stay tuned!