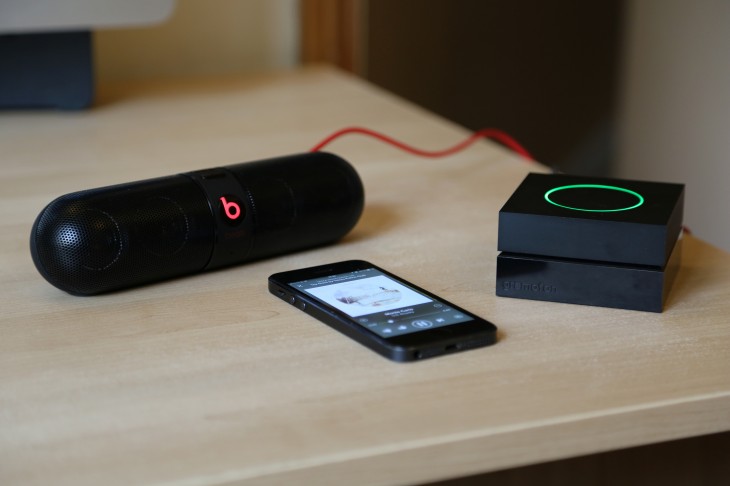 If you’re not really interested in Apple’s AirPlay or have an old audio system that you want to connect to the internet with the minimum of fuss, the Gramofon is a simple and relatively cheap answer to that problem.

Today the company announced support for Qualcomm’s AllPlay platform, opening the door to a wealth more streaming options and a couple of new features.

Although users could already stream services like Spotify directly to their speakers using the Gramofon, the integration announced today also enables the use of apps like TuneIn, iHeartRadio, Rhapsody, Napster and other AllPlay-compatible options.

In addition to adding new services, the deal also adds the ability to play music back simultaneously via multiple Gramofon units, and to stream locally stored music directly from iOS and Android devices.

While good news for Gramofon owners, Qualcomm announced yesterday that a raft of new hardware from makers such as Bayan Audio and Goodmans will also integrate AllPlay. SoundCloud is also planning to integrate AllPlay in the near future too.

Read next: Get 95% off the Ultimate Game Developer Bundle