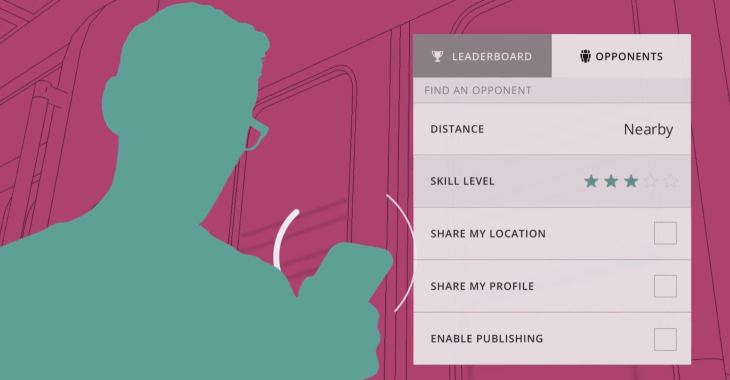 The Wi-Fi alliance used CES 2015 to show off the latest developments in beacon-like technology certification called Wi-Fi Aware, which promises to add more context to interactions with users.

Announced today, the Wi-Fi Aware certification will allow compatible devices to do things like inform you if a colleague is in the same airport terminal, or perhaps a music player at a party will automatically arrange a track list according to the preferences of the people in the room. Or maybe it’ll just let you find someone close-by to challenge to some gaming fun. In fact, the organization said that the technology has been specifically developed to work well in crowded indoor environments, which is where it will see most use.

“We’ve only begun to imagine the uses for Wi-Fi Aware,” Edgar Figueroa said. “Of course, people will use the technology to find video game opponents, photo sharing opportunities, and sources for location-specific information. We are also excited about Wi-Fi Aware’s potential in a range of services yet-to-be conceived.”

The group added that users will still have control over whether they “opt-in” to discovery and connections with other devices. It added that in many situations, the connections will be made without the need for an active internet connection.

While it’s similar to the Bluetooth-based iBeacon technology in some respects, Wi-Fi Aware certification for devices has the benefit of being device agnostic, allowing it to work with any operating system.

If this sounds exciting to you, then you’ll be pleased to hear that the first devices to ship with Wi-Fi Aware certification are due to arrive this year.

Read next: Data-driven predictions for 2015