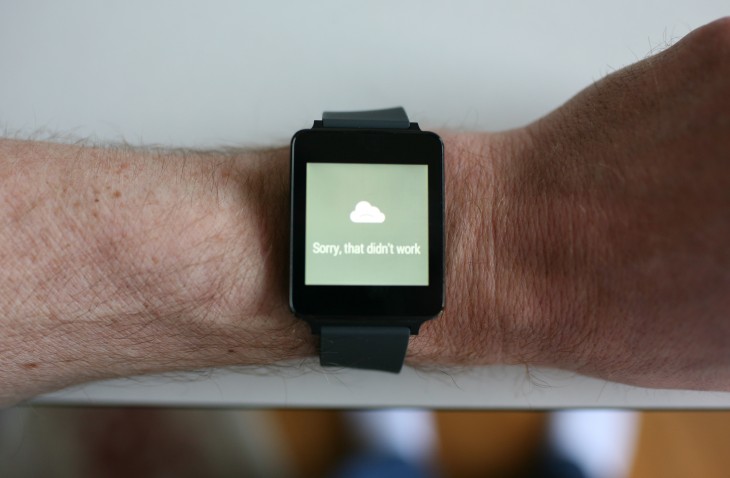 Goodbye 2014. You were okay, but ultimately sort of meh when it comes to tech.

Sure all our phones got a little better. Smartwatches powered by Android appeared and were immediately added to the catch-all drawer with our Fitbits, Nike FuelBands and Jawbone ups. Computers are still about as exciting as new socks, and TV is still just cable and Netflix with a little Amazon streaming sprinkled on top.

Then we got hacked. Oh everyone got so hacked in 2014. Target shoppers, celebrities, gamers, Sony, your private photos, hell you’re probably getting hacked right now.

But other than being royally pwnd every 15 minutes, 2014 was pretty boring on the tech front. Which is why I’m super psyched for 2015. It’s going to so much better. Maybe. I hope. It can’t be anymore boring than 2014.

This is what I’m hoping will happen:

I use Twitter to talk to nearly everyone now and sometimes I’d like to address more than one person via private DMs (Direct Messages). Maybe I want to share the location of a private party with a group of friends or maybe I have a really funny “Hot Take” on an article that’s too mean for public consumption.

Sure, Twitter is late to the messaging game. But if you’re a heavy user of the service, this is pretty awesome. And while it’s difficult to predict how Twitter will handle the API of group DMs, I’m sure some developer somewhere will build a standalone DM app.

Wearables and IoT start working together

Here are two pieces of technology that everyone is trying to tackle with limited success. Right now it’s all about tracking your steps and notifications and turning on your lights from your phone. Zzzzzzz.

Hopefully some enterprising company (Intel, Apple, Google, I’m looking at you) will stop screwing around and get the entire alphabet soup of connected home and come up with a single protocol. Qualcomm’s AllSeen Alliance looks promising, but of course, other companies don’t support it because maybe in the future they’ll have an idea or other ridiculous reasons.

However this plays out, I want my Fitbit to tell my house that I’m home and tired after a long day of work and I want the lights on, but at half-brightness and maybe Netflix should cue up The Princess Bride because the Fitbit just told my TV I had a stressful day based on my heart rate and I need some comfort viewing.

Any technology that automatically starts playing The Princess Bride is okay in my book.

I talked about this before because I’m tired of people who don’t know how to drive or don’t want to drive making the roadways unsafe. Autonomous cars taking us around town won’t happen in 2015. But, there will be huge leaps the technology behind our future robo-car friends.

Not the killing people kind, but the ones that fly around like an irritating swarm of wasps while you’re trying to enjoy the day at the beach. These mini four-propellered cameras in the air can be a nuisance. But they can also give us a birds-eye view of items that just recently required a helicopter, airplane or jet pack.

They’ll get smarter and stop crashing into people’s faces and we’ll see amazing footage that only a few years ago would have been impossible to obtain. Of course there’s the legal, privacy and safety implications that come with having an eye in the sky at all times. No one wants a camera hovering above their backyard while you’re trying to get a tan.

Those still need sorting out. But for the folks who aren’t asshole peeping toms, the quadrocopters are a new and exciting way of documenting the world.

But they won’t be delivering your pizza. That’s just dumb.

Oh hacking. You have made 2014 a big pile of suck. You made us replace our credit and debit cards. You forced us to watch The Interview as a civic duty. You ruined Christmas for gamers and anyone that uses their console to watch movies.

And 2015 will only be worse. The hackers are getting more brazen (and possibly stupider), so don’t depend on companies (startups included) to protect your information because clearly they care more about gaining users that worrying about security.

Security is no longer the subject of the paranoid, it’s how you interact with the world. It’s going to be tough, but it’ll be worth it and because it’s not just bored hackers and script kiddies going after your information. The NSA disclosed on Christmas Eve that it’s been spying on us for years and doing a rather shoddy job at it. Why make it easy for them to trash our civil rights?

2015 is the year of security whether we like it or not. Here are a few tips to get you started.

You can get mad at Comcast, Time Warner Cable and Dish all you want about all the channels they forced you to accept with your pay-TV subscription. But you really should be angry at the people that make all those channels.

But there is a bit of good news on the horizon and it’s called HBO GO. HBO GO is currently bundled with HBO which, depending on your pay-TV provider, may or may not be bundled with all sorts of packages filled with channels you’ll never watch. But this year, HBO GO is expected to be offered on its own without a pay-TV package. You won’t even need the HBO channel.

It’s a huge gamble by HBO, which gets money not only from your subscriptions, but from the deals it makes with cable and satellite providers to offer the channel. But with pay-TV subscriptions slowly falling and more networks offering apps with access to their shows, if cable and satellite companies and the content providers they work with want to stay relevant, the bundled TV package might be a thing of the past.

The rise of small company hardware

Five years ago hardware was a corporation game. If something hit the market it was because Apple, Sony, Microsoft, Samsung or any other corporation deemed it worthy of your dollars after countless months of meetings and field testing. Now, nearly anyone can make the next breakout piece of hardware.

Sure Kickstarter and other crowd-funding sites are a den of stupid ideas, unfulfilled promises and shady con-men, but underneath all the noise are some pieces of hardware that change the way items come to market.

The Pebble watch was crowdfunded. So was the Nomiku compact sous-vide. Even without begging for money from the masses, an enterprising person can grab a 3D printer and start quickly iterating a product until it’s just right. Thanks to platforms like littleBits, Raspberry Pi and Arduino, these folks can test the inner workings of their device without burning through breadboards and soldering until their fingers are all burnt.

Somewhere there’s a kid, or senior citizen, or mother of four that has an idea that would have been lost to the ages just a few short years ago. Now that idea can be a reality.

They won’t all be winners. In fact, most of them will suck. But 2015 is full promise and ideas and people that want more from technology than just to make a quick buck selling their less-than-original idea to Apple, Google or Facebook.

Let’s just hope they don’t get hacked in the process.

Read next: Uber suspends UberPop in Spain after yet another court case