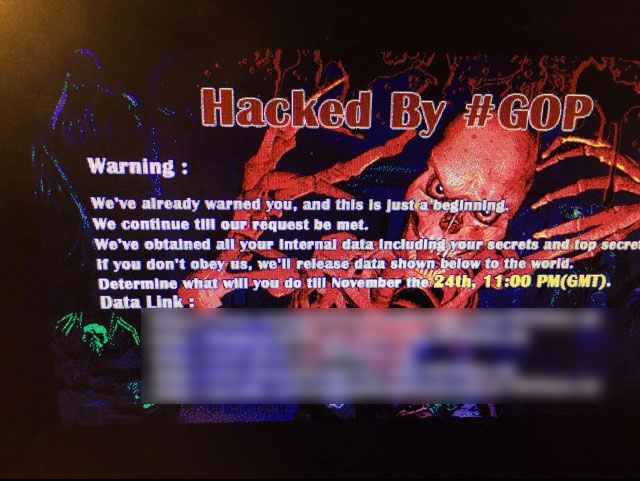 Not quite happy with just going after Sony, the GOP hackers are now going after news outlets according to the FBI.

In a joint intelligence bulletin obtained by The Intercept, the FBI states that threats have been made to a “news media organization” and that such threats could extend to other such organizations. The FBI does not name the threatened organization.

After hacking Sony, the hackers threatened 9/11 style attacks on any theaters playing the movie, ‘The Interview,’ which depicts a wacky assassination plot against North Korean leader, Kim Jong-un. Major theaters pulled the movie and Sony temporarily scrapped all plans to release it on Christmas day.

The studio eventually reversed its decision and smaller theaters released the movie with no incidents. The movie was also released on various video-on-demand streaming services.

But, as The Intercept points out, hacking a news organization could put anonymous sources at risk if exposed. If you’re a reporter, now is the time to get any and all information about your sources off your organizations servers and onto a computer or drive that’s not attached to the network.

Read next: Snapchat is celebrating New Year's with a compilation of your snaps in Times Square