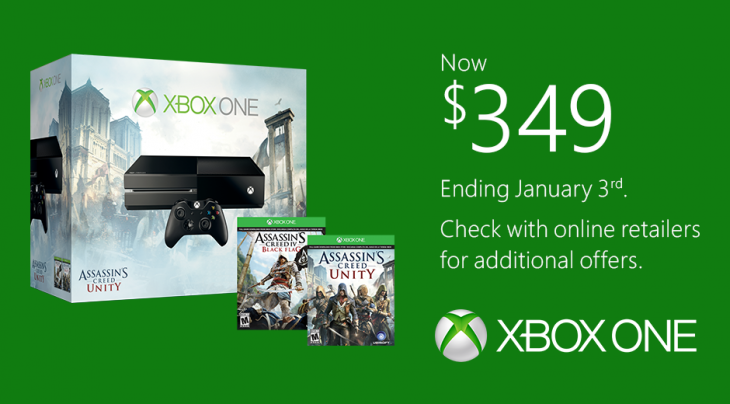 Unfortunately, sales don’t last forever. Though console price cuts tend to be on permanent side, the current $349 pricing for the Xbox One was only a holiday promotion that Microsoft said would only last two months – a promotion that seemed to work well.

Holiday surge now over, Microsoft is making good on its time limit; the $50 savings end on January 3rd. So if you’ve been saving up for a new Xbox or just hadn’t been able to grab one before they sold out, this is your last chance to get a sweet deal on the console.